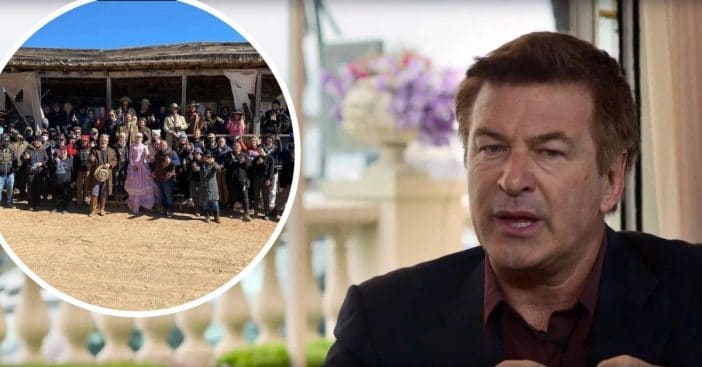 Rust Movie Productions LLC is officially being fined by the state of New Mexico. A gun misfired on set which killed cinematographer Halyna Hutchins and injured director Joel Souza. Alec Baldwin is the star of the film Rust and is at the center of the controversy.

New Mexico’s Occupational Health and Safety Bureau said that Rust Movie Productions must pay a fine of $139,793 which is the highest level of citation allowed by state law. The state claims that there were several misfires that were not looked into before the fatal shooting.

The movie ‘Rust’ is fined by the state of New Mexico

In addition, the statement says there were not adequate safety measures and training happening on set. The incident happened on Oct. 21, 2021. Bob Genoway, bureau chief for occupational safety said, “What we had, based on our investigators’ findings, was a set of obvious hazards to employees regarding the use of firearms and management’s failure to act upon those obvious hazards.”

The report continued, “The Safety Coordinator was present on set and took no direct action to address safety concerns. Management was provided with multiple opportunities to take corrective actions and chose not to do so. As a result of these failures, Director Joel Souza and cinematographer Halyna Hutchins were severely injured. Halyna Hutchins succumbed to her injuries.”

The state reportedly spent over 1,500 staff hours on the investigation and deemed the highest violation necessary. The report added that the horrible accident could have been avoided if proper safety measures were in place.