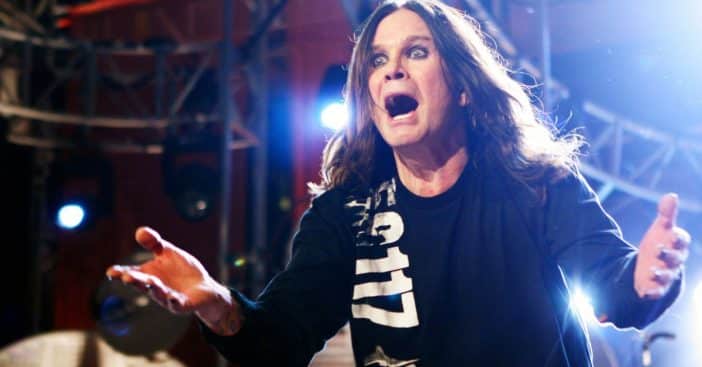 Many fans were upset and confused when NBC advertised that Ozzy Osbourne would perform the halftime show of the NFL season opener last week, only to show seconds of his performance. The network showed Ozzy performing for a few seconds and then cut back to the football commentary.

For fans that weren’t able to be there to see it live, they wondered why they weren’t able to watch it on TV. Now, Ozzy has answered their calls and shared the full performance on his YouTube channel. He performed his iconic song “Crazy Train” and a newer song called “Patient Number 9.”

After watching the video, one fan commented, “Ozzy, his family, and fans on TV were all ripped off when we tried to watch this during the game. Thank you for knowing this and playing it here for us! Ozzy deserved so much better!”

It seems that Ozzy wasn’t happy that his performance got cut either since he’s been re-tweeting articles and tweets wondering why NBC did not air it. The show was just ahead of Ozzy’s release of his new album also titled Patient Number 9.

The performance was special not only because it was promoting his new album but because it was one of his first performances after surgery. He had major surgery on his neck and back and is now doing quite well.

Watch the performance below: