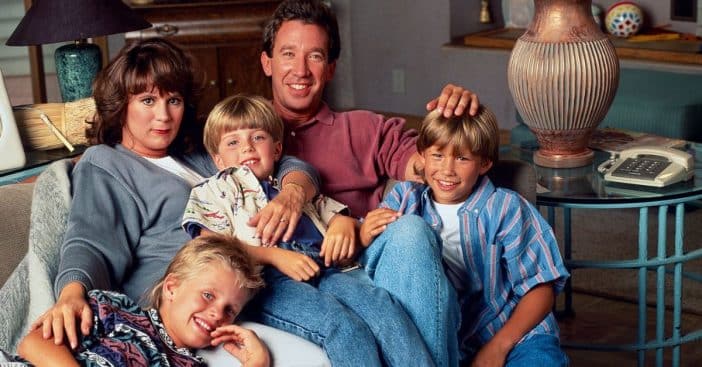 The ’90s were dominated by sitcoms that endure as classics to this day. With the advent of streaming and a shift from TV to the internet, sometimes finding those shows requires a roadmap through different platforms and networks. Fortunately, for those wishing to revisit Home Improvement, that’s about to get easier thanks to its return to streaming.

Home Improvement, starring Tim Allen as the Tool Man himself, originally aired for eight seasons on ABC. It entered syndication in ’95 and there is a Home Improvement: 20th Anniversary Complete Collection box set. For those who just want to tap a few buttons on their remote, they’ll be able to watch Home Improvement on Hulu once more.

‘Home Improvement’ will be available for streaming again

Hulu used to host Home Improvement for streaming three years ago. It’s been some time since it’s been on the platform, but as of Friday, September 9, it’s back to enjoy at everyone’s most convenient times: whenever! Alternatively, on the same platform, viewers can also watch Assembly Required, which reunites Allen with Richard Karn running a show in which “Home repair experts compete to breathe new life into everyday household items,” reads its Hulu page.

RELATED: Tim Allen Is Getting Ready To Reprise One Of His Beloved Roles

For the past three years, if fans wanted to watch Home Improvement, they had to outright digitally buy episodes or seasons, as opposed to streaming them on-demand as part of a free or paid subscription. But the show’s presence on Hulu is likely streamlined by the fact that Disney owns both ABC and Hulu.

A lot of options for Tim Allen fans

The streaming platform also hosts another Allen-led series, Last Man Standing. Fans should note though that he and Karn’s show has a newer name on the History channel called More Power, though it still sees the team “celebrate the coolest, most powerful and iconic examples of each tool—testing their limits in a way that only Tim can.” So far, it is one season comprised of ten episodes.

Back under the Disney umbrella, Allen is also returning to the North Pole for The Santa Clauses, in which he and Elizabeth Mitchell reprise their roles from The Santa Clause films in a series that sees impending changes taking place around the workshop. Does this guy ever stop building things? The Santa Clauses is coming to Disney+ in fall 2022, just in time for the holidays.