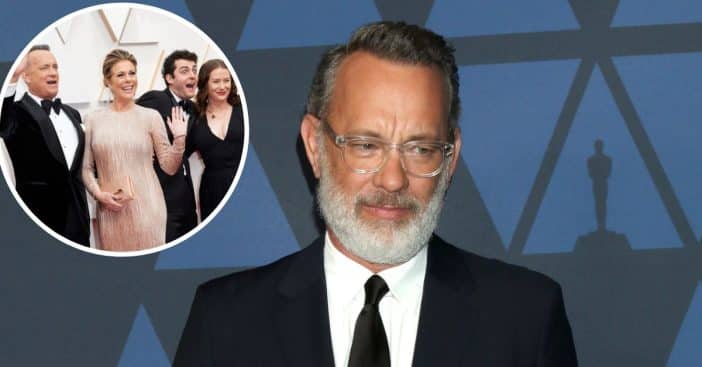 Popular actor, Tom Hanks, has four children who have created names for themselves away from their father’s legacy. The Elvis star had his first two kids, Colin and Elizabeth Hanks, with Samantha Lewes, his ex-wife, while his last two children, Chet and Truman Hanks, are from his current marriage with Rita Wilson, whom he married 34 years ago.

The actor revealed how he cared for his children by trying to create an enabling environment that would help them thrive and live a normal life. “We were always able to separate the professional responsibilities from the private ones. There are times you have to be in public and times you shouldn’t be in public. When the kids were growing up, we protected that very, very specifically. Early on, when they’re little kids, you just try to be a guy who drives the carpool and is around as much as possible,” he recalled.

Colin was born in 1977, before Tom and Samantha’s marriage. His interest in acting led him to drop out despite transferring from one school, Chapman University, to another, Loyola Marymount University. He revealed in an interview that his father’s achievement spurred his determination to focus on entertainment.

RELATED: Tom Hanks Isn’t Happy With One Of His Most Popular Films

“I was fortunate enough in that there was someone else in my life that had done it, and it was a viable thing. It wasn’t some hair-brained—’It’ll never happen, kid, get over it’—kind of thing. There was someone that said, ‘If this is what you want to do, you can do it, but you have to really want to,’ and that was the only one real piece of advice my dad gave me,” Colin said.

He has acted in several movies and series like Get Over It, Whatever It Takes, The House Bunny, King King, Orange County, and more, although his most famous role is in Jumanji.

However, Tom’s only daughter got into acting before deciding to stick with writing. Currently, she’s an author and a writer for several online publications. Her roles in Hollywood include Forrest Gump, Anchorage, and This World & The Next, which she produced.

Elizabeth shows unwavering support for her father, which is evident in her post after Tom received the reputable Cecil B. DeMille Award. “Team Hanks is proud. And I am proud and more than that lucky, to have a father who has taught me to always tell the truth, to move forward, that the hang is the best part of circus life and that to make art is a gift from the gods,” she wrote.

Unlike Colin, who looks up to Tom as his role model, Chet does otherwise. He claimed his father wasn’t there when he needed him. Like his siblings, he starred in some Hollywood roles, but he shifted his focus to hip-hop music.

For a while, he trended in the news for negative reasons. He claimed to be the family’s black sheep, revealed his stance against vaccines, and his addiction struggles. Sadly, Rita and Tom have cut him off financially because of his controversial nature.

Recently, he claims to be clean and attributes the effort to the birth of his daughter, Michaiah. “The best part of my year. The person who saved my life,” he posted alongside the photo of his daughter.

Interestingly, Tom Hanks has a son who lives his life away from the camera. Despite his father and siblings’ popularity in the media world, the youngest and the most private of the four, Truman chose a life out of public view.

The 26-years-old Standford grad has worked on The Cloverfield Paradox, West Side Story, Black Widow, The Wrath of Man, and more.

Click for next Article
Previous article: Danny DeVito Talks About One Of The Weird ‘Always Sunny In Philadelphia’ Scenes
Next Post: A Look At Some Of Danica Patrick’s Stunning Swimsuit Photos