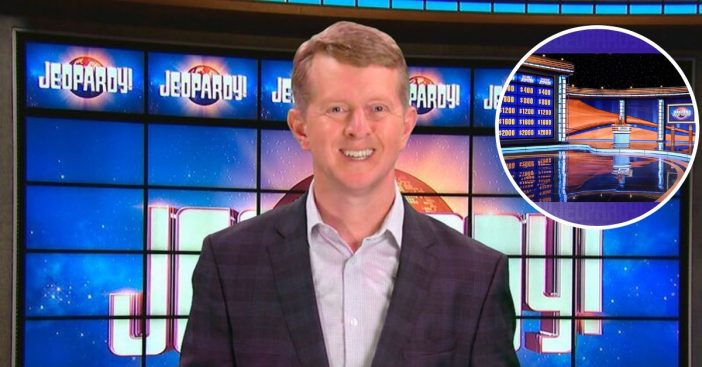 Davies told Variety backstage, “The stars of our show, Mayim Bialik and Ken Jennings, have done an incredible job hosting. We hope to have a hosting announcement very, very soon. But with all of our plans for ‘Jeopardy!’- which is more ‘Jeopardy!’ not less, more versions- we’re going to need multiple hosts to represent the entire audience, to represent the entire country, in order to take this franchise forward.”

Fan’s Reception Of The Announcement

The Jeopardy! show bagged the award for Outstanding Game Show at the Daytime Emmy Awards on the 24th of June. They were nominated alongside awesome shows like Steve Harvey’s Family Feud, Drew Carey’s The Price Is Right, Pat Sajak/Vanna White’s Wheel of Fortune, and Wayne Brady’s Let’s Make a Deal.

The announcement from the trivia show’s producer was not what most fans wanted or expected to hear. However, more details are expected from the show’s executives to fully understand what they have planned out. It appears that the executive producer referred to the media franchise’s broadening portfolio like championships, tournaments, and spinoffs, including Celebrity Jeopardy! which was made known back in May.

Ken Jennings took to social media to congratulate his team on their achievement. “Don’t call it a comeback! Congrats to the hard-working team at @Jeopardy,” he quoted the victory video posted by the Daytime Emmy Awards on Twitter.

Fans Congratulate Ken and the team

Don’t call it a comeback! Congrats to the hard-working team at @Jeopardy. https://t.co/L5fcwISKwy

Jeopardy! fans took to the comment section to congratulate him and the team and called for his return as a show host. The Jeopardy! legend has been away from the show since May, with Big Bang Theory actress Mayim Bialik replacing him. The Maphead author said he would “be back before the end of the season,” but no definite date has been announced.

“Ken, you are so humble. Congrats to you and the people behind the scenes of Jeopardy! Alex would be so proud!” a fan said in the comments. “Congratulations to my favorite game show and everyone involved with the show! The best host is drumroll- Ken Jennings,” another added.

“Please come back soon, Ken. We miss you tremendously. Would love to see you as the permanent host,” said a fan, expressing their desire to have him back as the show host.

The Search For A New Host Is Still On

Asides from co-hosting on Jeopardy!  Ken Jennings has been the show’s consulting producer backstage since 2020. The job offer was handed to him by the late Alex Trebek, who was the show’s longtime host.

The search for Jeopardy!’s permanent host has been going on for two years. Hopefully, the hardworking brains behind the show will make an announcement regarding a new host soon. There might be others lurking in the position like Buzzy Cohen, who recently hinted at a possible comeback.

Click for next Article
Previous article: See Lisa Marie Presley’s Emotional Response To The Release Of The New ‘Elvis’ Movie
Next Post: Chihuahua Emerges As Winner Of The World’s Ugliest Dog Contest