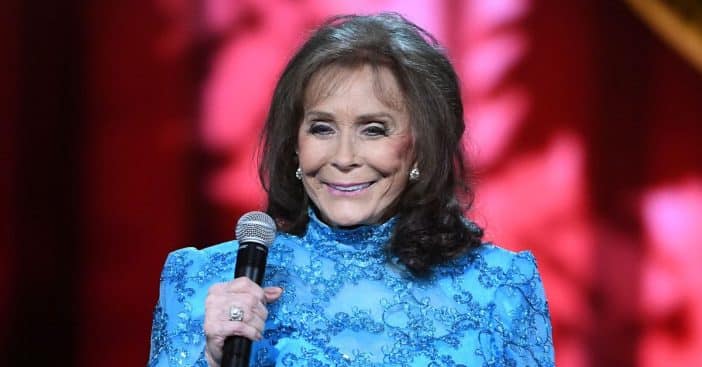 Loretta Lynn has had a country music career that spans six decades with 45 million singles sold. She is also the most awarded female recording country music artist in history. The three times Grammy award winner was born on April 14, 1932, as the eldest daughter in a family of ten.

Loretta’s life is an example of grass to grace, the daughter of a coal miner who married at the young age of 15 to Oliver “Doolittle” Lynn. Before age 20, the country music legend had given birth to four of her six children.

She was like every woman in that era, who was preoccupied with house duties. “Before I was singing, I cleaned house, I took in laundry, I picked berries and worked seven days a week. I was a housewife and mother for 15 years before I was an entertainer.  And it wasn’t like being a housewife today. It was doing hand laundry on a board and cooking on an old coal stove. I grew a garden and canned what I grew. That’s what’s real. I know how to survive,” Loretta recounted.

On a fateful day, while tending the home, her husband found her singing and told her that her voice matched the quality of music stars heard on the radio. She found it surprising because she thought it was natural for everyone to sing. “Thought everybody sang, because everybody up there in Butcher Holler did. Everybody in my family sang. So I really didn’t understand until I left Butcher Holler that there were some people who couldn’t. And it was kind of a shock,” Loretta revealed.

When she finally realized Doolittle was serious about her talent, she took the necessary steps to further that dream. “After he got me a guitar, I went out and bought a Country Song Roundup. I looked at the songs in there and thought, ‘Well, this ain’t nothing. Anybody can do this.’ I just wrote about things that happened, I was writing about things that nobody talked about in public, I didn’t realize that they didn’t, and I was having babies and staying at home. I was writing about life. That’s why I had songs banned.” Thankfully, with her husband’s push, she realized her talent and focused on her dream.

In her autobiography, Still Woman Enough, Loretta reveals the struggles in her marriage despite loving her husband and appreciating him for his impact on her life, “I married Doo when I wasn’t but a child, and he was my life from that day on. But as important as my youth and upbringing was, there’s something else that made me stick to Doo. He thought I was something special, more special than anyone else in the world, and never let me forget it. That belief would be hard to shove out the door. Doo was my security, my safety net. And just remember, I’m explainin’, not excusin’… Doo was a good man and a hard worker. But he was an alcoholic, and it affected our marriage all the way through.”

Sadly, Loretta recently passed away at the age of 90. A talent and country music icon we’ll never forget.

Click for next Article
Previous article: HBO Max Has Removed Almost 200 Episodes Of ‘Sesame Street’
Next Post: John Wayne Criticized Kirk Douglas’s Role In ‘Lust For Life,’ Claims He Was A ‘Weak Character’