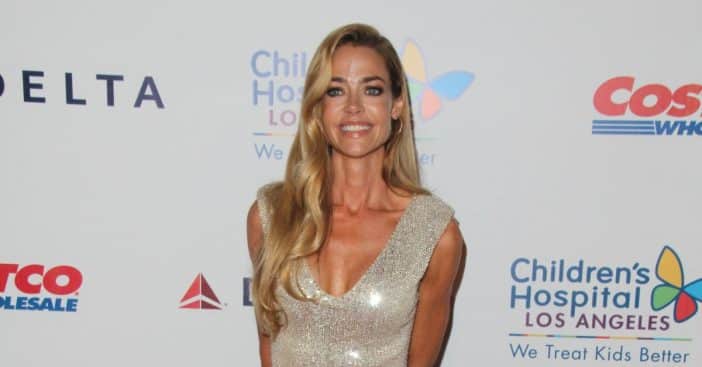 Many years after her divorce from Charlie Sheen, Denise Richards guilt-tripped herself for separating her family; it took a lot of strength to pull herself out of the rut and realize she made the right decision.

She described her experience with the Two and a Half Men actor as toxic, one she had to constantly lie to people about his addictions and struggles. The Real Housewives of Beverly Hills star sat down with Caroline Stanbury on Caroline’s podcast, Divorced not Dead, to discuss how she coped with life after her divorce.

Her Daughters Fostered Her Decision To Leave The Marriage

For her to finally leave the marriage, she had to put herself in her daughters’ shoes, if it would be good for them to marry a man like their father. “I said to myself, would I want my daughters married to this man? No offense to him, but I think he would take that and understand what I’m saying, and that’s when I was like, well, why am I accepting this?”

Definitely, it wasn’t an easy decision for her because it was around the time of her mother’s sickness, and the public wouldn’t believe the seemingly perfect marriage was gone. She revealed she was on the news for “two years straight” and had to battle the pressure.

While Denise was in the marriage, she tried to shield her daughters from their father’s struggle. “I did shelter them a lot, and then they started to get to an age where ‘so and so said this,’ and I lied my ass off and covered for him.”

“Now, as they’re starting to get older, they’re more aware of more things. That’s why I say I don’t know if I did them a disservice when they were younger,” she continued in her discussion with Stanbury.

If Marriage Won’t Work For Denise Richards And Charlie Sheen, Coparenting Should

Despite the dynamics of their relationship, she places Charlie in high regard and co-parents their daughters with him. “To this day, Charlie does know he can call me at any time, no matter what; I don’t care what he says or does; I will show up and be there because I always wanted him — and still do — to be the best dad for our daughters.”

Their journey as co-parents isn’t problem-free as they both disagreed recently on their eldest daughter’s decision to join OnlyFans. Denise supported Sami and even created her account on the platform, but Charlie didn’t give his full blessing though he later soft-pedaled.

Click for next Article
Previous article: Olivia Newton-John Lost A Prized Possession At ‘Grease’s 1978 Premiere Party
Next Post: No One Wanted Al Pacino Cast In ‘The Godfather,’ Says Diane Keaton