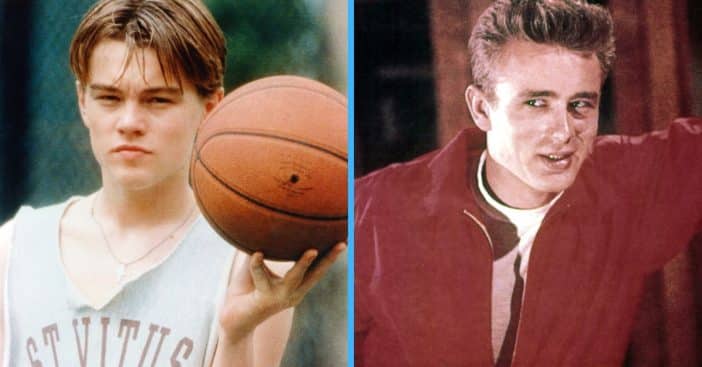 Director Michael Mann is well known for his distinctive style when filming crime dramas. This is perhaps best showcased in 1995’s star-studded Heat. The big players include Al Pacino, Robert De Niro, and Val Kilmer. But that movie exists thanks in large part to someone who was not in it: Leonardo DiCaprio.

Originally, Mann had wanted to direct a film about the life of James Dean – an ambitious premise that would need a strong actor to carry the role. Mann eyed DiCaprio for the task. There was one big problem, though. DiCaprio was still a teen, then. So, Mann put that idea on the back burner indefinitely – but not before working with DiCaprio to get an idea of what could have been. Just what did viewers miss out on?

It was the ’90s and Mann was looking to direct a film about Dean, the original rebel without a cause who died in ’55 at the age of just 24. Mann’s vision made the role a bit too old for DiCaprio, which he said, “That was so weird about James Dean,” but he knew he wanted that actor for this role. “It was a brilliant screenplay. And then it’s who the hell could play James Dean? And I found a chap who could play James Dean, but he was too young. It was Leo,” Mann outlined to Deadline.

RELATED: Here’s The First Photo Of Leonardo DiCaprio & Brad Pitt On Set Of ‘Once Upon a Time in Hollywood’

“We did a screen test that’s quite amazing. I think he must’ve been 19 at the time,” Mann further revealed. What bit of testing they did was captivating, confirmation Mann had made the right choice, as he added, “And from one angle, he totally had it with him. I mean, it’s brilliance.”

The cost and the reward

But every angle showed something else, as Mann said, “He would turn his face in one direction and we see a vision of James Dean, and then he’d turn his face another direction and it’s no, that’s a young kid. He respectfully undid the James Dean bio for me.” They were on the precipice of something great, but DiCaprio was just not quite old enough to consistently stay in that image of Dean, so Mann dropped the project and conjured a new idea, which became Heat, which sees Pacino as Lieutenant Vincent Hanna and De Niro as the thief Neil McCauley, named after a real crook.

Heat went on to become one of Mann’s many highly-acclaimed works, winning accolades from both home and abroad. As for DiCaprio, the ’90s represented his big break in Hollywood. His schedule was not wanting, as he went on to appear prominently in What’s Eating Gilbert Grape, Romeo + Juliet, and of course Titanic.

It still would have been exciting to see what DiCaprio would have done with the role of James Dean.