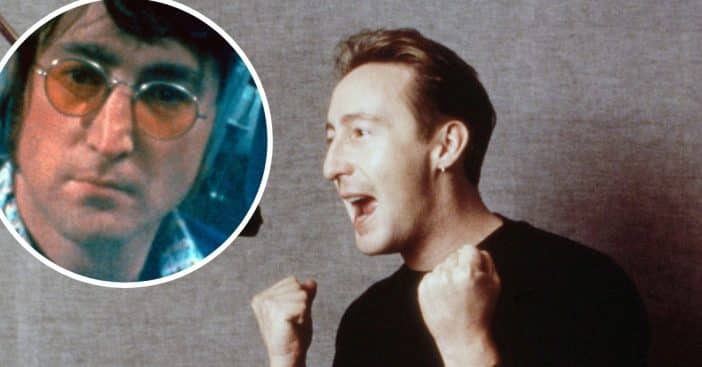 Julian Lennon is the eldest of the late John Lennon‘s sons and is a musician just like his dad. Julian was only 17 years old when his father was murdered in 1980. Prior to that, they had an estranged relationship and often had no contact. They did reconnect in the mid-’70s and were on track to a much better relationship when John sadly passed away.

Now, Julian is sharing that the Beatles documentary Get Back has helped him to appreciate his father again. The film features over six hours of unseen footage of the Beatles, including John.

Julian shared, “It really reminded me of the way Dad used to be. You know, when we were together, when I was a kid, he was funny, goofy, sarcastic, talented, moody, broody — but fun. And that was all the things that he was to me when we lived together. And it made me fall in love with him again, which was really lovely. It made me appreciate him again, and reminded me of how he was before everything went a bit pear-shaped.”

RELATED: Julian Lennon Opens Up About Legally Changing His Name

He added, “Certainly we tried to embrace each other’s company and tried to learn about each other again before he passed. And it was an enjoyable experience. It was great. And I was longing to hang out with him even more, but you know, sadly what happened, happened. … So, [Get Back] was just a way of remembering who he was and seeing the human side of him again. And that inspired me, and I loved that.”

These days, Julian is using his pain and the love he had for his dad in his music. His new album is called Jude, which is a nod to the popular Beatles song “Hey Jude.” He explained, “It just felt like the right title and the right thing, and owning it. It’s about also breaking through any fear and anxiety I used to have about the Beatles, about Dad, about everything.”

Click for next Article
Previous article: Don Henley Once Called Dolly Parton A National Treasure
Next Post: Anne Bancroft From ‘The Graduate’ Won A Rare Title Before Her Death At 73