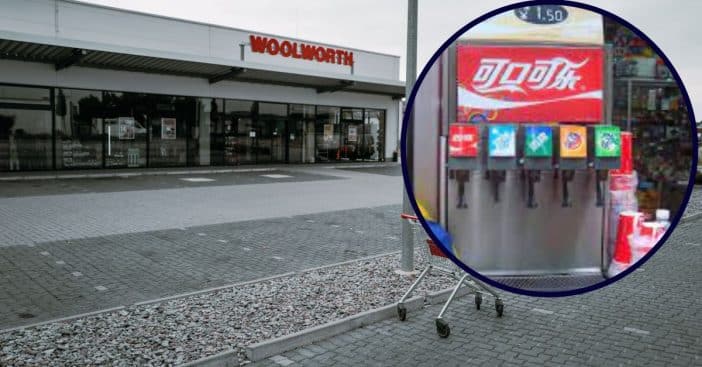 Soda fountains, sock hops, and poodle skirts are all throwbacks to past periods that evoke nostalgia. Millennials and Gen Z-ers would have only ever seen people sharing a banana split at a counter in movies as the days of eating at department store restaurants are long gone, with many of them practically extinct today. The legendary Woolworths didn’t even survive into the 2000s, closing its final location in the United States in 1997. Despite this, the soda fountains that were customary in any Woolworths store can still be found.

On February 22, 1879, Frank Winfield Woolworth started the first Woolworth store in Utica, New York, under the name Woolworth’s Great Five Cent Store. Although it seemed to be doing well at first, the store quickly failed. While seeking solutions for his failed company, one of his friends recommended Lancaster, Pennsylvania, and on July 18, 1879, Woolworth opened his first prosperous Woolworth Great Five Cent Store there.

Where is the machine located?

The last remaining Woolworth soda fountain can be found in Asheville, North Carolina. The fountain, which is currently standing in the renovated structure of an old Woolworth, is not affiliated with the department store, but rather is a contemporary model of the established chain. A replica of the original Woolworth Soda fountain, with two stories of art galleries featuring the creations of local craftsmen, can be found at Woolworth Walk, an innovative artistic experience.

RELATED: The Interesting History Behind The Famous Woolworth’s Lunch Counter

The Asheville Woolworth store first opened its doors in 1938, and by the time Scott Sirkin, the current owner, purchased it in 2001, it needed a lot of work. According to the Smoky Mountains, Sirkin went above and beyond to make sure Woolworth Walk was as similar to the original store as possible, albeit with the removal of asbestos removal and other health risks. Like an original Woolworth Luncheonette, the old-fashioned soda fountain is fully operational.

If you’re uncertain about buying a soda from a nearly century-old piece of equipment, it should be noted that only the site is original, not the machine.  The soda fountain machine is a newly made replica of the original one that had been featured at every Woolworths store. The menu at Woolworth Walk is similar to the original one at Woolworth Luncheonettes, still including vintage favorites like egg creams, club sandwiches, and ice cream sodas on the menu.

Also, there is the famous tuna melt, a fantastic sandwich that deeply connects with the department stores’ history. There are rumors that the sandwich was created at a nearby Carolina Woolworth.

The Story Behind Woolworth’s Sandwich

The tale goes that in 1965, a busy cook at a Woolworth counter in Charleston, South Carolina, was preparing a grilled cheese sandwich, and he failed to notice when a can of tuna salad accidentally poured onto the cheesy sandwich, thus creating a tuna melt recipe for the first time.

Customers can also enjoy a snack from the fountain while shopping in the famous Woolworth’s-inspired store which is open to the public. There are also 170 local artisans whose artistic works can be examined while popping a soda. Their booths are located in the two stories of galleries above the old-fashioned fountain.

Click for next Article
Previous article: Passenger To Pay $1,874 As Security Dog Detects 2 McMuffins In Luggage
Next Post: Kenan Thompson Says ‘SNL’ Might Be Done Due To Declining Ratings and Cast Cuts