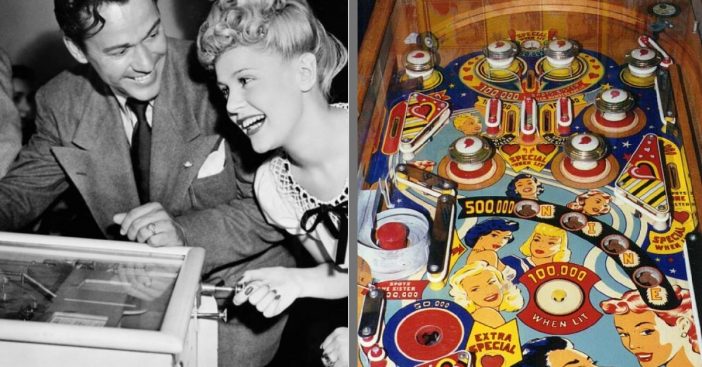 Did you know that the game Pinball was once illegal? This began by the spreading of a blatant lie accusing Pinball of being a form of gambling. Can you believe it? It began on March 6th, 1948 at a little cigar shop in East Harlem, NY. One man decided to try out the Pinball machine in the shop, which only cost a penny at the time.

However, in the blink of an eye, the game was over. Well, the man was an undercover NYC police officer. He cuffs the owner of the place for “unlawful possession of a gambling machine.” The police would take the machines and destroy them. But this didn’t stop the craze that would soon become of the Pinball machine.

While there were still so many anti-Pinball people in the world, there were just as much Pinball lovers. The game originally required players to have to tilt the machine to drive the balls into the holes, and it didn’t have all the flippers it does today. People would drive in large groups to bars and shops where they had Pinball machines.

The Pinball machine started in the Great Depression and really began finding popularity in the 30s. Now, by the ’40s, even kids were getting into it! Some kids would even skip school and meals to go play. Schools, churches, mothers, and more began to involve themselves in the complete prohibition of this “gambling” game.

Read onto the NEXT page to find out what the government did with over 2,000 Pinball machines…

Page Page 1 of 2
Previous article: Canada Just Made It Illegal To Keep Dolphins And Whales In Captivity
Next Post: Learn Why Tomato Pie Is a Summertime Classic & How to Make It