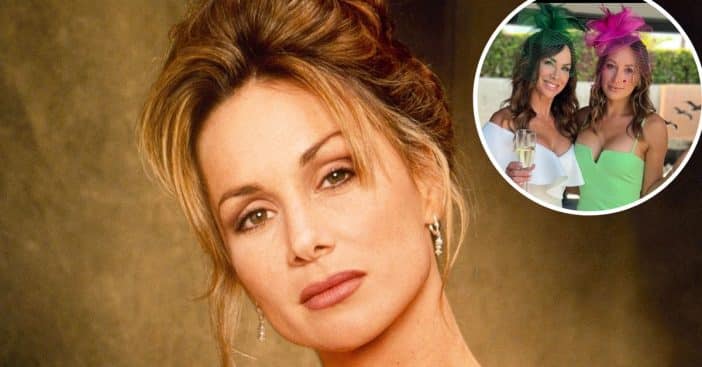 On the popular sitcom Home Improvement, Pamela Anderson served as the original Tool Time girl but ultimately left the show for Baywatch. Debbe Dunning stepped in as her replacement and played Heidi Keppert, the new assistant on Tool Time from seasons 3 to 8.

After the series ended in 1999, she had a few guest appearances on shows such as Baywatch, Sabrina the Teenage Witch, and The Jamie Foxx Show. She’s now 56 years old and you might be wondering what she’s up to these days.

How old is Heidi on ‘Home Improvement’ now?

When she wasn’t acting much, it appears that she spent some time working as a sales and marketing specialist for J.R. Lennen Constructions, Inc. Debbe has three children with her ex-husband Steve Timmons. The two were married in 1997 and divorced in 2018. Her kids are daughter Spencer, and sons Stoney and Sysco. You may remember when Heidi had a baby during an episode of the series. Debbe was really pregnant with her first child at the time.

RELATED: The Original Actor Cast As Lisa In ‘Home Improvement’ Before Pamela Anderson

In her free time, she loves to golf and has been involved in many celebrity golf events that benefit organizations such as the John Starks Foundation. Golfing has allowed her to reunite with her former Home Improvement co-stars over the years including Tim Allen, Richard Karn, and Zachery Ty Bryan.

In 2017, she started her own show called Debbe Dunning’s Dude Ranch Roundup. She visits ranches across the American West, often with her children. She looks as beautiful as ever and posts many of her travels on her Instagram account.

Click for next Article
Previous article: Christina Ricci Says She Regrets So Much From The ‘90s
Next Post: The Cast Of ‘Porky’s’ Then And Now 2022