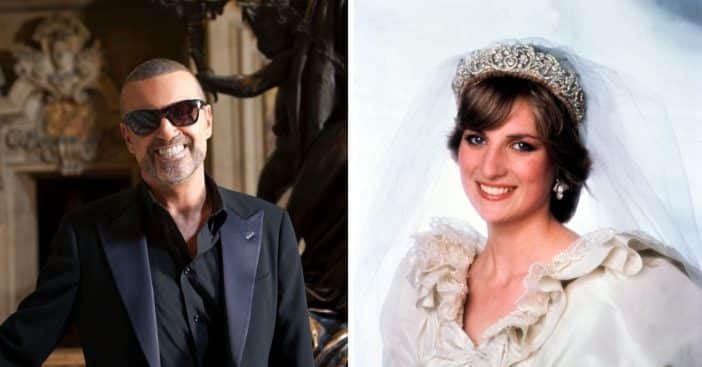 The Princess of Wales could not hold herself when she met singer and record producer George Michael for the first time at the Live Aid concert, which was held in London’s Wembley Stadium in 1985. The concert had iconic musicians like Elton John, David Bowie, and others perform with the Queen in attendance to raise funds for the war against famine in Ethiopia.

James Garvin, who wrote the biography of Michael George titled George Michael: A Life while speaking to Fox News Digital, said, “Princess Diana had a thing for pop stars. She was a fan girl. She was infatuated with pop stars, and she got to know many of them; she worked with some of them and invited them to perform at her events… Elton John and Princess Diana had a bond, but George Michael was shy about that. And as for George, there was no denying she developed a crush on him.”

The Biography Of Michael George By James Garvin

Writer James Gavin recently published a book chronicling the life of the singer who died in 2016 at 53 on Christmas Day. The book explores the early life of Michael George, his rise to fame, as well as the many tragedies that befell him. The writer stated that to write the book, he had to interview about 250 people who, after much persuasion, decided to talk about the late pop star.

RELATED: Princess Diana’s Former Chef Talks About Traditions She Had With Her Sons

Contained in the book was the discussion about the relationship between Princess Diana and Michael – one that lasted for 12 years. Gavin wrote, “George Michael was shy about Princess Diana for two reasons:- One, she was the Princess of Wales. Even though George Michael was George Michael, Princess Diana was more popular than the queen. And he didn’t want to seem as though he was stalking Princess Diana… George became aware of the fact that she had the hots for him. Now, of course, this wouldn’t have gone anywhere, but you can imagine how uncomfortable this made him. So he kept her at a distance. The friendship consisted of occasional lunches and phone calls.”

Gavin explained that Michael also found a common ground with the princess because they were similar; both were famous people who were trapped. “And I think it was impossible not to be shy around her. She was the biggest star in England, far beyond greater than any of the pop stars she loved. Diana was a sweet girl. She was no dummy, but she was very much an English rose. Unfortunately, she could never have a normal relationship or friendship in her life. But there would always be some distance between George and Diana. He didn’t want to exploit her in any way. And he was also uncomfortable,” Gavin said.

The Duo Found Solace In Each Other

Michael and Diana found comfort in each other’s friendship as they had not been so lucky to have good friends who did not want anything from them. In 1996, when Diana was in the middle of her divorce from Prince Charles, she had no one to call except for Michael, and they both had a hearty discussion.

Also, when Michael’s mother passed away in 1997 after battling cancer, the Princess of Wales made it a point of duty to call the grieving superstar and gave him words of hope and comfort.

Click for next Article
Previous article: Tom Selleck Reveals He Was Scared To Be On ‘Friends’
Next Post: The Whole Family Showers Bindi Irwin In Love Celebrating Her Golden 24th Birthday