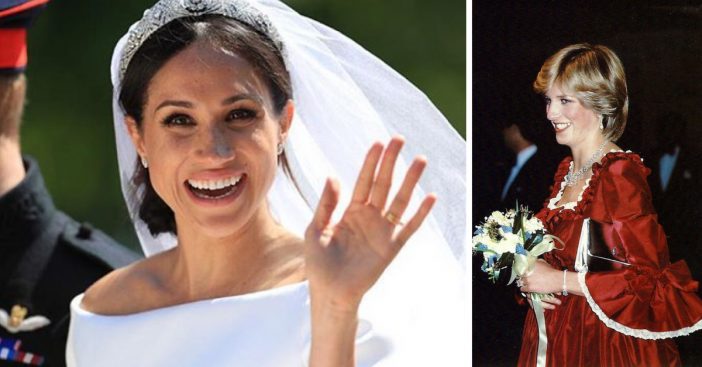 Meghan Markle seems to be fitting in as a royal quite nicely. The new Duchess of Sussex is apparently already thinking about children and family heirlooms. Meghan and Harry have several family heirlooms already and Meghan has another heirloom from her acting days that is also a nod to the late Princess Diana.

She hopes to give her future daughter a Cartier Tank watch that she purchased back in the days when she was acting on the show Suits. She revealed that when she found out that Suits was being picked up for a third season, she splurged on a two-tone version of the expensive watch.

Last year, Cartier released a new set of the iconic tank watches to celebrate the brand’s 100th anniversary. Cartier watches can set you back around $2,000 to as much as $22,000 and beyond.

Meghan and Harry also have Princess Diana’s aquamarine cocktail ring and Meghan’s engagement ring that they may want to pass along one day. For now, we just wonder when these two will start having beautiful children!

We haven’t seen much of Harry and Meghan since Meghan’s birthday earlier this month. We wonder what they have been up to!

If you enjoy reading about the Royals, please SHARE with a friend who also loves Meghan and Harry!