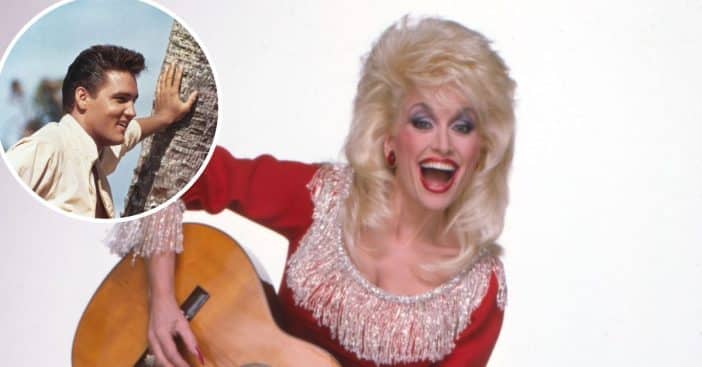 In 1983, Dolly Parton paid tribute to the late Elvis Presley. While performing at the Dominion Theatre, she did an incredible impression of Elvis that proved that she is just as much a comedian as she is an amazing singer.

Prior to singing his 1957 hit song “All Shook Up,” Dolly joked that she used to pretend she was Elvis and used to think about what Elvis would have been like if he had been born a woman. She said that they probably would have had to shoot her from the neck up if she’d danced as he did.

She said, “God knows I ain’t no Elvis, there never will be another one, but I just thought this might be fun. And he might be watching us, he might get a kick out of it. So this is how I pictured Elvis back then, of he’d of been a girl.”

So, she spoke in an Elvis-esque way and had his lip curl down pat, and began to perform “All Shook Up.” The song, while written by Otis Blackwell, was inspired by a dream that Elvis had. Elvis once said, “I’ve never even had an idea for a song. Just once, maybe. I went to bed one night, had quite a dream, and woke up all shook up. I phoned a pal and told him about it. By morning, he had a new song, ‘All Shook Up.’”

The song hit #1 on the U.S. Billboard Top 100 chart and stayed there for eight weeks. It remains a classic hit. Watch Dolly’s version below: