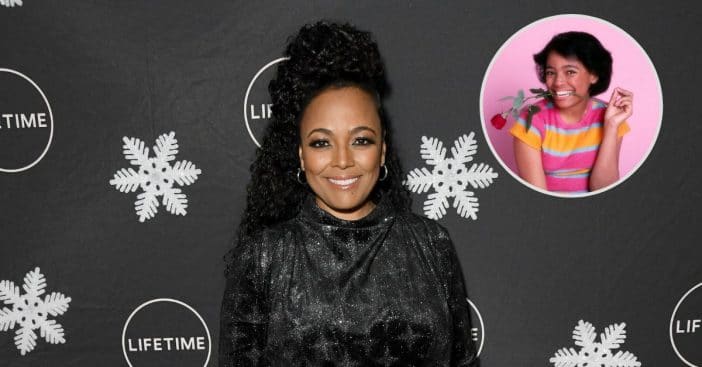 American actress Kim Fields is renowned for her roles as Dorothy “Tootie” Ramsey on the NBC television sitcom The Facts of Life and Regina in the Fox Network sitcom Living Single. Fields was born in New York City on May 12, 1969, to actress Chip Fields-Hurd. She is also the older sister of Alexis Field an actress notable for her roles in TV series such as Kenan & Kel, Moesha, and Sister, Sister.

Before her appearance on The Facts of Life which aired from 1979 to 1988, she had co-starred in a short-running sitcom Baby, I’m Back with Desmond Wilson and Denise Nicholas as well as a television commercial for Mrs. Butterworth’s syrup.

As a guest on TODAY on Tuesday morning, Kim aired her view on the recent shift in bringing back old TV series, she said, “There’s always talk about doing reboots, that’s just a very popular trend right now. And while I respect it, and of course, I have beloved shows that I want to see what they’d be doing right now. I think you have to be really careful with reboots because if you don’t get it right, you are messing with people’s beloved characters. And thankfully everybody’s busy – I got a new show I’m doing!” she said with a laugh.

RELATED: Kim Fields, 52, Went From ‘Tootie’ On ‘Facts Of Life’ To Being A Famous Singer & Director

53-years old Kim disclosed her acting experience to PEOPLE. “You don’t realize, This show is groundbreaking,” she stated. “You’re just grateful to show up to a job I certainly didn’t think that it was as monumental as it would go on to become.”

Speaking further, she said, “It was a different type of coming of age and to do that in that environment was just really spectacular.”

Her recent acting and directing career

Fields has not been resting on her oars as the mother of two sons Sebastian and Quincy was part of the cast on Real Housewives of Atlanta in 2015 and she also participated in Dancing with the Stars 2016 edition. In addition to her acting roles, she has started directing projects.

She directed some episodes of All That and also worked on Tyler Perry’s Meet the Browns, Tyler Perry’s House of Payne as well as BET’S Let’s Stay Together as a director. While speaking with PEOPLE in May, she stated “It’s really exciting to find something new. There’s this wonderful sense of adventure that I’m realizing was always there.”

She disclosed that her foray into the world of directing has been emancipating for her. She said that being behind a camera directing a project “was a different way to being in control of my career. I’m never one to wait on anybody to do anything. So [I enjoy] being able to direct, being able to have my own production company, being able to tell stories the way that I want to…..”

Fields is currently starring in Netflix’s sitcom Upshaws alongside Wanda Sykes and Mike Epps. The series debuted on Netflix on May 12, 2021, and the second season was recently released on June 29, 2022.