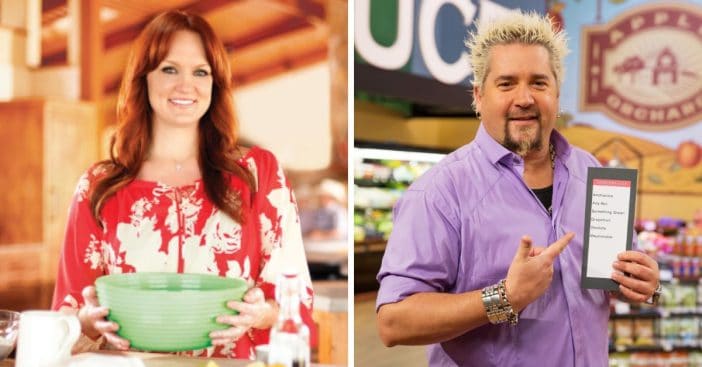 Ree Drummond, better known as The Pioneer Woman on Food Network, is teaming up with Guy Fieri for a new food competition series. The series will be called Big Bad Budget Battle and will premiere on Food Network and Discovery+. The show is set to premiere on August 9.

In each episode, three cooks must shop in Flavortown Market, also seen in Guy’s show Guy’s Grocery Games. They have a small amount of cash and must buy ingredients for certain dishes. Only one contestant will win based on their cooking and budgeting skills.

It sounds like Guy will host the show while Ree will appear as a co-host and judge along with a rotating panel of judges of Food Network stars including Darnell Ferguson, Eddie Jackson, Beau MacMillan, Catherine McCord, Damaris Phillips, and Justin Warner.

Ree shared, “I can’t wait for viewers to see these awesome home cooks in action, both with their creativity in the kitchen and their budget-shopping skills — they are truly something to behold! As a home cook myself, I’m impressed by their resourcefulness and ingenuity as they plan, shop, and prepare their incredible dishes.”

In addition, Jane Latman, president, home and food content and streaming at Warner Bros. Discovery said, “Each week fans tune in to see what Ree is cooking up on ‘The Pioneer Woman’ — they love her warmth, down-to-earth style, easy relatability and wry sense of humor that makes everyone want to pull up a chair in her kitchen. These same qualities make her the perfect host to oversee this fast-paced culinary competition that takes a page from real-world conundrums like grocery shopping on a budget and finding cost effective ingredients to make incredible meals. ‘Big Bad Budget Battle’ is action-packed and full of tips and takeaways for viewers to incorporate at home.”