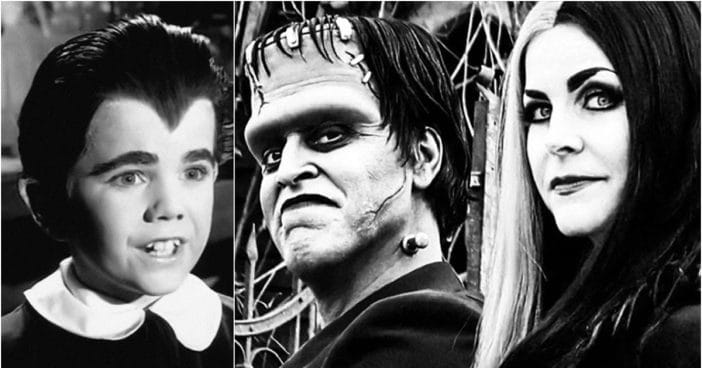 The cliche is that you can’t go home again, but when it comes to actor Butch Patrick, who portrayed little Eddie Munster on the classic 1960s sitcom The Munsters, that’s certainly not the case, as he’ll be returning to 1313 Mockingbird Lane as part of director Rob Zombie’s movie reboot of the series.

“Where’s Eddie you ask?” Zombie posted on Instagram rhetorically. “Well, I’ll tell you! My good friend @the_real_butch_patrick_ is now in THE MUNSTERS as THE TIN CAN MAN. I am thrilled to have another original Munster in my new film. Get ready for some robot fun!”

Okay, a couple of points of clarification are in order. For starters, the other original series star to appear in the film will be Pat Priest, who played Herman and Lilly’s niece, Marilyn (whose “freakish looks” — she’s a perfectly normal human being — they’ve decided to overlook). Her new role is unknown at this point.

And for his part, Patrick will not be reprising the role of Eddie — dashing the hopes of some fans that we’d see him as an adult in his old makeup and outfit — but, instead, he takes on the part of the robot, The Tin Can Man. Back on the original series there was an episode where, for his school science fair, Eddie actually created that robot. Unfortunately, it malfunctioned at the crucial moment, resulting in Herman trying to explain what happened to the audience, but, instead, finding that people believe he is Eddie’s science project. Ah, the good ole ’60s.

In explaining how he got involved with the original series, Patrick told scifiradio, “I started working in the 1960s prior to The Munsters with the two shows General Hospital and The Real McCoys. During casting of The Munsters, they had actually hired Happy Derman for the part. But the network didn’t like Happy and they didn’t like Joan Marshall, so they recast Yvonne De Carlo as Lily and they needed a new kid. I was living with my grandmother in Illinois at the time and my agent convinced the network to fly me in for a screen test. I went directly from the airport to the studio. I put on the makeup, we did a screen test and they said, “Don’t go home, make arrangements and report to work!'”

Back in 1994, Patrick spoke to the Asbury Park Press and reflected on who his best friend on the show was. “Al Lewis [Grandpa] and I got along pretty good,” he said, “but probably the best friends that I had on the show were the special effects guys. There were four of them. I was really interested in watching what they were doing. They had a little room off to the side that I would spend a lot of time in, off the set, watching them set  up for things.

“Mike Westmore was my makeup man,” he added. “I looked up to him like a big brother or an uncle that I didn’t have. In the morning, Mike would always make me up. After an hour and a half a day for a couple of years, you get to know somebody pretty well. It’s just you and him, and you shoot the breeze about day-to-day life.”

No word on when The Munsters will be released.

Click for next Article
Previous article: Ree Drummond And Guy Fieri Team Up For New Food Network Series
Next Post: Kevin Bacon And Kyra Sedgwick Do The TikTok ‘Footloose’ Challenge