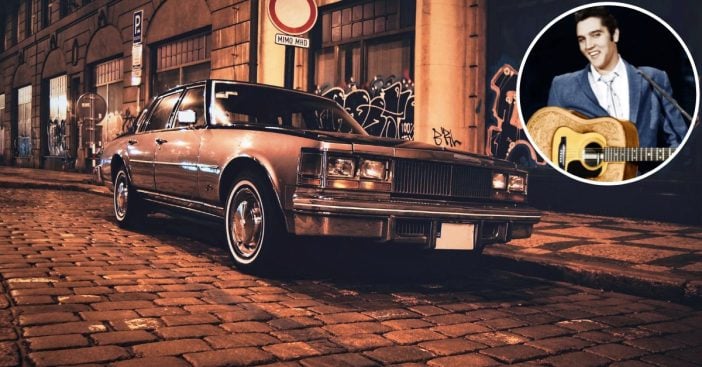 Only a few people boast to own this limited edition Cadillac which was manufactured in the year 1976, and the list includes Sammy Davis Jr., Dean Martin, and Elvis Presley himself. As a matter of fact, only 11 of this beauty were made for sale, and the difference with this edition is its beautiful exterior and interior colors.

Elvis’s car is a Cadillac Castillian Fleetwood Brougham Estate wagon. The Fleetwood Brougham was a luxury made by Cadillac from the late ’70s to the early ’80s. Although the name Fleetwood was later removed to be replaced with Cadillac Brougham in 1988. Both versions are, as a matter of fact, almost the same.

The Specification Of Elvis Original Fleetwood

The King of Rock’n’Roll had about a hundred Cadillacs to his name, which were mostly pink and purple in color and also customized to suit him. However, his Fleetwood Brougham Estate Wagon, which was yellow in color, was produced according to his specification. It had dummy headlamps fitted over the original one. It was also chrome plated and fitted with a light organ which flashed when the doors of the car were opened.

RELATED: Three Generations Of Elvis Presley’s Family Give New Biopic A Thumbs Up

The interior was fully upholstered, and an extended bumper called a continental kit was added to the back of the car. This bumper was so named because it was first used on a Lincoln Continental. Also, the dashboard light went on and off in succession according to the beat of the music playing on the radio. The car has passed through the hands of a few other owners apart from Elvis, and the specifications have been changed from its earlier years and is now currently being put up for auction.

The Cadillac has been modified by a company known as Traditional Coachwork, and they have been able to pimp the car from paint job to new upholstery, and other fancy equipment has been added to the car. What makes this particular Cadillac uncommon is its six meters length. Additionally, it has an 8.2 liter V8 engine specifications and just a mileage of 20,000 miles.

According to the advertisement placed on Hemmings about the car reads that the car “is by far and away one of the best examples in the world. Finished in a superbly elegant color scheme of Innsbruck Blue over Ivory leather interior with Navy Mouton carpeting throughout. Station Wagons don’t come any plusher than this. The car comes with its original build sheet, showing its pre-conversion specification and price of $12,533 (for around £60,000) with options including but not limited to leather upholstery, 6-Way Power Passenger Front Seat (Driver’s power seat came standard), Tilt and Telescope Steering wheel, Cruise Control, Twilight Sentinel, Turbine Vane Wheel Trims and numerous other options.”

However, anyone who wanted to buy a Castillian then must order directly from the local Cadillac dealer at a very exorbitant price because only 47 of them were produced in total. The car in the year 1976 cost about $30,000, which is approximately $154,000 (£130,000) as per the conversion in today’s evaluation.

RELATED: Meet 25 Actors Who Have Played Elvis In Movies And On TV

Click for next Article
Previous article: Oliver Hudson Posts Family Picture As Son Is Set To Take A Big Step
Next Post: Meet Michael Gandolfini, Son Of The Boss Himself Tony Soprano, Following In His Father’s Footsteps