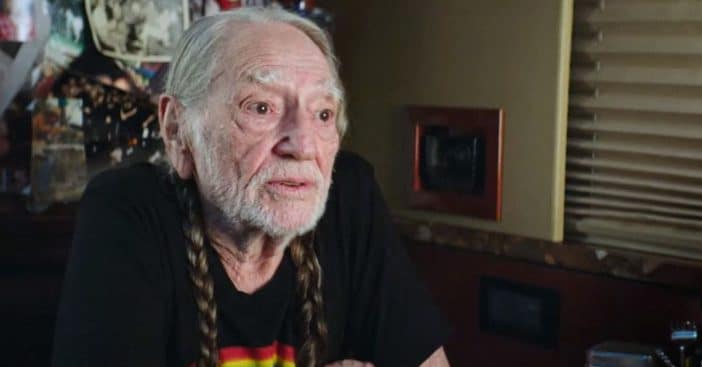 Willie Nelson is no stranger to using various substances like drugs and alcohol, and this habit of drinking and smoking began before he was even a teenager. In fact, he started these activities when he was just six years old.

Nelson’s 2012 book Roll Me Up and Smoke Me When I Die explores the country singer’s childhood spent trading groceries for cigarettes. He did this at such a high frequency that a neighbor tried to instill some fear of God into him. These days, he has a complicated relationship with drugs, especially marijuana. Learn just how he got to this point here.

Willie Nelson says he was drinking and smoking since age six

One day during his childhood, Nelson recalled, a neighbor spoke to him about the dangers of substance abuse. “She told me when I was about six-years-old that anyone who drank beer or smoked cigarettes — anyone who used alcohol or tobacco, really — was ‘going to hell,'” he shared. “She really believed that, and for a while I did, too.” In that case, Nelson revealed, he had “been hell-bound since [he] was barely out of kindergarten.”

That’s because at that age, he would “take a dozen eggs from [the] chicken, walk to the store, and trade the dozen eggs,” all for a pack of cigarettes. Nelson also says he was drinking by that age as well. He says of the cigarette packages, “They were marketing directly to me!”

Nelson would even say marijuana saved his life, and speaking of his morning routine, his wife Annie said he would “take a couple of hits off the vape and then, an hour or two later, he might want a piece of chocolate. That keeps it going. So not a ton [of pot] . . . but he is Willie Nelson.” But these habits, shared by many others in his life, came with health problems. He went on to drop everything but marijuana. Nelson tried quitting smoking “a hundred times” and said “Cigarettes were the hardest.” What is difficult is usually worth it and sure enough, he says “It’s one of the best decisions I have ever made.”

For others in his life, they did not get such salvation. “I watched my dad die after lying in bed with oxygen the last couple years of his life,” he revealed. He further shared, “Cigarettes killed my mother, my father, my stepmother and my stepfather — half the people in my life were killed by cigarettes.”

Click for next Article
Previous article: Dean Martin’s Daughter Couldn’t Believe What Elvis Thought Of Her Dad
Next Post: Fans Are Angry At ‘Jeopardy!’ For ‘Made Up’ Category