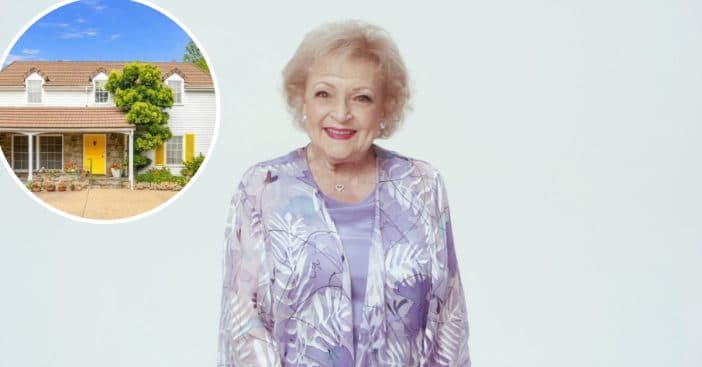 Betty White‘s former home in Los Angeles has been sold. Betty passed away on New Year’s Eve at the age of 99. In April, her home in Brentwood Park was listed for $10,575,000. Betty and her third husband Allen Ludden moved into the home in 1968 and she lived there until she died.

They also had a property together in Carmel, California which sold in April for $10.7 million. Her Brentwood home sold for about $100,000 over the asking price, making it a $10.6 million sale.

Sotheby’s Realty listed the home and wrote, “This property with huge parklike grounds, views of the Getty Museum and mountains has been lovingly cared for. Gated and set back from the street on over 3/4 of an acre, the setting is peaceful with flower-filled gardens and old growth trees. This is the first time the property is on the market in over 50 years.”

RELATED: Betty White’s Brentwood Home For Over 50 Years Up For Sale For $10.5 Million

The house was sold to an anonymous buyer and is likely to be torn down. There were no photos of the interior but the listing focused on it being the prefect location to build your dream home. No word on why the inside of the home was not seen in photos or tours.

The house has 3,000 square feet, five bedrooms, and six full bathrooms as well as an enormous backyard. The listing has since been removed from Sotheby’s website. Could you see yourself living in Betty’s former home?

Click for next Article
Previous article: Elizabeth Hurley Stuns In Bikini Photos As She Pays Tribute To The Queen
Next Post: Priscilla Presley Shines Light On New Ban On Elvis Impersonators In Vegas