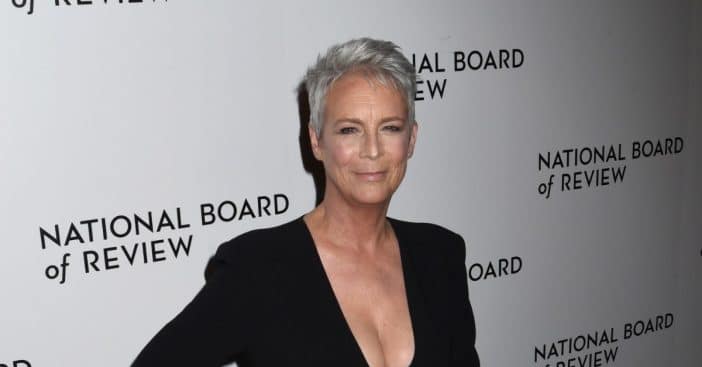 Recently, Jamie Lee Curtis, multiple Golden Globe-winning actress and author of children’s books, spoke about how the demands of the movie industry contributed to her own series of plastic surgeries. During an interview with Fast Company, she stated that plastic surgery and filters to maintain beauty for the camera and social media are destroying original beauty.

The culture of film actors trying to change their looks to become more screen worthy, and appear younger to appeal more to a broader audience, has been around almost since the beginning of filmmaking. These days, however, as opposed to yesteryear when this was done secretly, actors are more or less unconcerned with whether it is a secret or not. The medical files of Marilyn Monroe’s plastic surgery were sold at an auction in 2013. The sale confirmed some of the rumors flying around about her surgery.

Jamie Lee revealed her embarrassment while on the set of the movie Perfect co-starring John Travolta; Gordon Willis, the famous cameraman, made a comment on her puffy eye bags, saying that he could not shoot her. She was shocked by the remark and immediately started to look for a solution.

The procedure involved taking fat away from underneath her eyes. As a result, unfortunately, she became addicted to Vicodin, a painkiller that she has overcome for over twenty years now. February 2022 marked the 23rd anniversary of her being sober after her decision to get clean in 1999.

She has also had other forms of cosmetic surgeries such as liposuction and botox on different occasions in her career, all in the name of maintaining beauty. According to her, none of the procedures have actually succeeded in making her feel better.

The actress’ advice to the younger generation

Based on the image she has created in the minds of her audience and fans, many 40-year-old women have set her as a standard for the type of body goals they wish to achieve. However, according to her, she herself does not have the body she portrays.

She decided to open up on the effects of plastic surgeries to sensitize the younger generation that there is no “picture perfect body.” It is a norm that, at some point, the human body will grow old and deteriorate.

Curtis also condemned the situation in which youngsters make comparisons between themselves and others just to be disappointed. This is because most yardsticks for measuring beauty on social media are seemingly unachievable.

Additionally, she commented that the advent of social media had worsened things reeking of “long-term physical and mental effects,” which are immeasurable.

The noteworthy wisdom nugget that she gave from the interview is, “Once you mess with your face, you can’t get it back.”

RELATED: Jamie Lee Curtis Is Ready For Summer In A New Selfie By The Pool

Click for next Article
Previous article: Woman Shares How She Got Back Her Stolen Engagement And Wedding Rings
Next Post: John Wayne Once Saved The Man He Loved The Most, John Ford, From Embarrassment