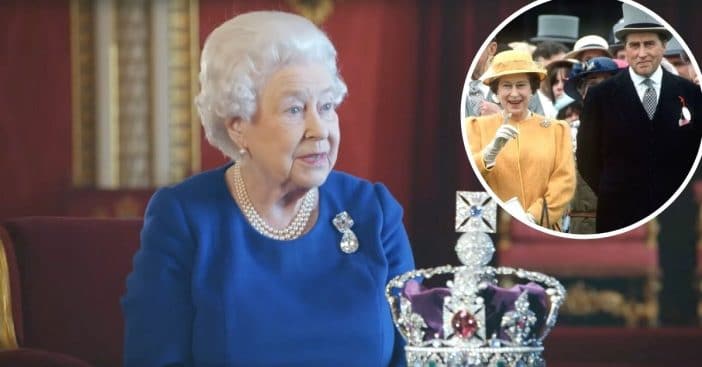 Besides the late Prince Philip, Queen Elizabeth had one other close man in her life. His name was Henry George Reginald Molyneux Herbert, 7th Earl of Carnarvon but often went by Lord Porchester and Porchey by the Queen. He passed away in 2001.

In season three of The Crown and in a new book, the Queen’s relationship with Lord Porchester is explored. They were best friends for many years and he was a trusted advisor to the Queen. Tina Brown, writer of the book The Palace Papers: Inside the House of Windsor – the Truth and the Turmoil spoke about their relationship.

Learn more about the friendship between Queen Elizabeth and Lord Porchester

She said, “The queen shared the greatest passion of her life with someone else. Despite Philip’s love of equestrian sports, he didn’t share his wife’s obsession with the horses themselves. Bloodstock is the subject that brings the queen most alive, and that was the unchallenged realm of her closest male friend, Henry George Reginald Molyneux Herbert, seventh Earl of Carnarvon.”

Tina added, “Porchey, as he was known from an earlier title of Lord Porchester, was the queen’s racing manager from 1969 to the end of his life. No one other than family enjoyed the same kind of intimacy with the queen. He was one of the few people who had Her Majesty’s mobile phone number, and called her almost every day with the hot horse news, often holding up the phone at bloodstock sales where he was bidding on her behalf so she could hear the action.”

They were so close that some people speculated that they had an affair at one point but they always said their relationship was purely platonic. He once said before his death, “Her Majesty is my lifelong best friend.”

Click for next Article
Previous article: John Wayne Once Saved The Man He Loved The Most, John Ford, From Embarrassment
Next Post: Fans Compare ‘Jeopardy!’ And ‘Wheel Of Fortune’ Players After Similar Clue Stumps ‘Jeopardy!’ Contestants