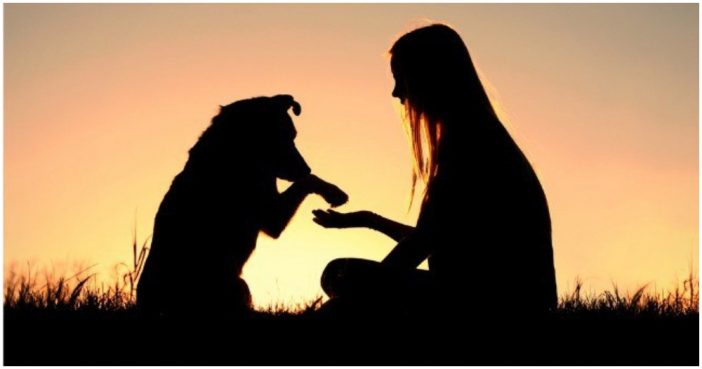 Dogs may have been man’s best friend — and treated as such— since the earliest days of domestication.

According to a study published recently in the Journal of Archaeological Science, prehistoric people likely cared for a sick puppy for weeks before it died, suggesting an emotional attachment to the animal.

MEMBER OF THE PACK

In 1914, workers uncovered a grave at Oberkassel, today a suburb of Bonn, Germany. The remains — a dog, a man, and woman, along with several decorated objects made from antler, bone, and teeth — date back to the Paleolithic era, around 14,000 years ago.

It is the oldest known grave where humans and dogs were buried together and provide some of the earliest evidence of domestication.

Now, new analyses show this puppy was not only domesticated, it also appears to have been well cared for.

In examining the remains, veterinarian and Leiden University Ph.D. candidate Luc Janssens noticed problems with the teeth that had not been previously reported.

“I’m lucky because I am both a veterinarian and an archaeologist,” says Janssens. “Archaeologists aren’t always looking for evidence of disease or thinking about the clinical implications, but as a vet, I have had a lot of experience looking for these things in modern dogs.”

Discover the storied history of this ancient, hairless dog.

The puppy was about 28 weeks old when it died. Telltale signs of the animal’s teeth revealed it probably contracted canine distemper virus at about 19 weeks old and may have suffered two or three periods of serious illness lasting five to six weeks.

Page Page 1 of 2
Previous article: Make Up Artist Makes Women As Old As 80 Look Decades Younger
Next Post: The 10 Best ’60s TV Villains Who Should Make The Leap To Comic Books