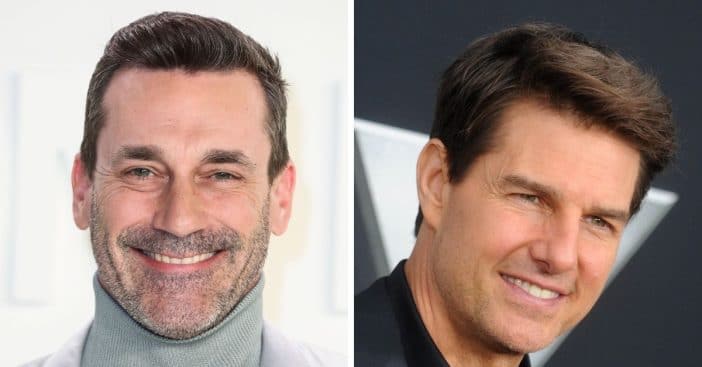 If there’s a part of his acting career that actor Jon Hamm will forever remember, it will be working alongside Tom Cruise on the Top Gun sequel. “If my eighth-grade self could talk to my now self, both of us would not be computing that this is happening.”

The sequel, Top Gun: Maverick, is finally ready to hit the theaters after being delayed by the coronavirus pandemic. The sequel continues the story of Lt. Pete “Maverick” Mitchell, a character played by Tom Cruise alongside his buddies 36 years later. Maverick and his friends train the newest Top Gun graduates for a special mission.

Jon Hamm plays the role of the Vice-Admiral Cyclone, a new character that butts heads with the older Maverick

While talking about taking up the opportunity to play his role, Hamm comments that it was a no-brainer decision. “It was a no-brainer for me. I was just like, ‘Are you kidding? Yes.’ I don’t care what the part is. I would be in craft service on this thing if I could.”

On working with Cruise, Hamm comments on how amazing it is. He says that Cruise was very welcoming on the set. “I’ll never forget my first day on set, there’s Tom Cruise and he says ‘Hey,’ comes up, gives me a big hug and says, ‘It’s so good to have you here.’”

Hamm also asks Cruise about how he feels to be acting his classic role more than 30 years after. “I was like, ‘This has to be an out-of-body experience for you. You are in the same wardrobe on the same set and it’s 30 years later.’ He goes, ‘I feel like I’m at home. And I was like, ‘Of course you do.’”

He confirms the fighter plane scenes are real

Hamm also expresses his amazement at how some fighter plane scenes were made and the extent to which actors went to make the movie. “That’s no joke, that’s no CGI. It’s real,” he said of the exciting scenes. “And those guys and girls all had to go through pretty much fighter pilot training, they’re in G-suits, they’re experience g-LOC, loss of consciousness. It’s exciting, your pulse immediately starts ramping up when you see it.”

The first reviews of the film sequel have revealed that it might be a better watch compared to the 1980s original. The film creates a uniquely immersive experience, with flying scenes filmed inside planes and mid-air. You feel like you are actually in the cockpit with the pilots as the scenes are thrilling and immersive.

Cruise is a passionate actor, and it reflects both in the original Top Gun film and its sequel. The actor was in his early 20s when he first played the role of “Maverick” Mitchell. Now, he’s in his late 50s, and he still knows how to tick off his superiors. The sequel improves the old one in many aspects, and it’s bound to keep the audience glued to the screen.

Click for next Article
Previous article: Sylvester Stallone Treated To A Giant Cannoli At NYC Restaurant
Next Post: 49-Year-Old Sofia Vergara Turns Up The Heat In Leopard-Print Bathing Suit Photo