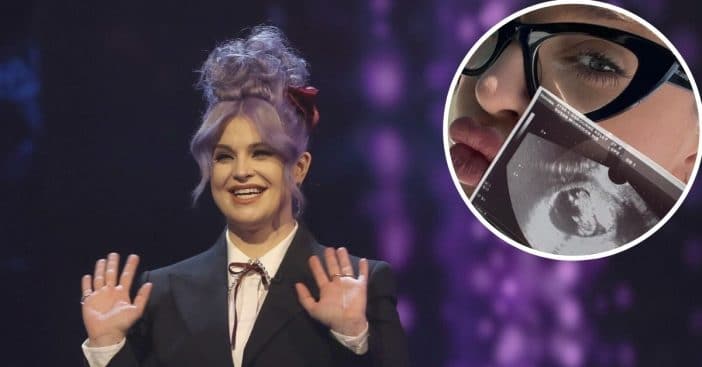 Ozzy and Sharon are going to be grandparents again! Kelly Osbourne has confirmed that she is expecting her first child with her boyfriend Sid Wilson. Kelly and Sid, who is in the band Slipknot, have been friends since 1999 and recently started dating.

The 37-year-old shared the news on Instagram with a photo of herself holding an ultrasound photo. She wrote, “I know that I have been very quiet these past few months so I thought I would share with you all as to why… I am over the moon to announce that I am going to be a Mumma. To say that I am happy does not quite cut it. I am ecstatic! 🤰💜.”

Kelly admitted last year that she felt her addictions robbed her of life experiences such as becoming a mother. In June 2021, she shared, “I feel very behind. As a woman, I would have loved to be married and have children by now. My brother [Jack] has three daughters and I would have loved to have kids by now, but that wasn’t what was in the cards for me yet.”

RELATED: Kelly Osbourne Celebrates Her Birthday And Another Important Milestone

“I would have been no kind of mother at all,” she continued. “Because I was that crazy addict that was like, ‘Oh yeah, I’ll stop doing drugs when I get pregnant because I have to.’ Like, that’s insane that I would ever even think that.”

Congratulations to Kelly, Sid, and the entire Osbourne family!

RELATED: Kelly Osbourne Opens Up About The Start Of Her Addiction Problems