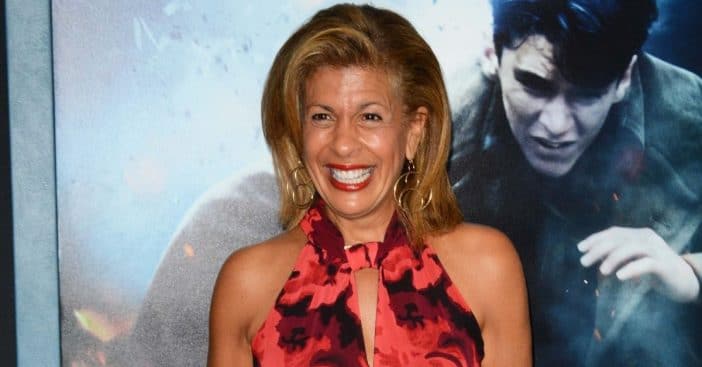 Hoda Kotb is opening up about how she truly felt seeing her body after having a mastectomy. She underwent a mastectomy back in 2007 after being diagnosed with breast cancer, and she felt pretty troubled by the image of her post-surgery body for a while.

“You don’t realize how long the journey is,” she says to Today co-host Jenna Bush Hager. “I remember really clearly, after my cancer surgery — I did a surgery where it was a mastectomy, but they also did a hip-to-hip incision to do some moving things around — but anyway, I remember, afterwards, having to get washed in the hospital. I hadn’t seen (the scarring), because I just hadn’t looked at it. A nurse came in to help me and she stood me in front of the mirror, and I was horrified.”

The procedure was successful, but Hoda wasn’t at all prepared for what came next. “You know when you look, and you’re like, ‘That’s me now?! Like, this is the body for the rest of my life that’s going to carry me through?’” she continued. “You don’t see it as: The cancer is gone. Right then, that moment, you see it as this horrible (thing).”

As of today, Hoda credits two people who have helped her reshape the way she looks at her body. She remembers an aunt of her friend, named Harriett, who asked to see Hoda’s scar, saying she had the same. At that point, Hoda hadn’t let anyone else see her scar. “I remember I did it, and she goes, ‘Now is that so bad?’” Hoda shared. “It was a very poignant and moving moment for me. It was a life-changer.”

Then, she was able to gain the perspective of seeing herself through someone else’s eyes. “There was a person who was in my life at that time who saw me as really beautiful,” she said, referencing a man she once dated. “That was his purpose, I think, in my life. I remembered feeling not pretty and not worthy, and then somebody doesn’t see the scars. Like, someone looks at you and just doesn’t see that.”

That perspective was life-changing for her. “All the sudden your back is straighter, you feel better and you made it through that hurdle,” Hoda says. “Now I look at my scars, and I’m happy.”

Click for next Article
Previous article: Ashley Judd Opens Up About Mother Naomi’s Cause Of Death
Next Post: Kelly Osbourne Expecting Her First Baby With Boyfriend Sid Wilson