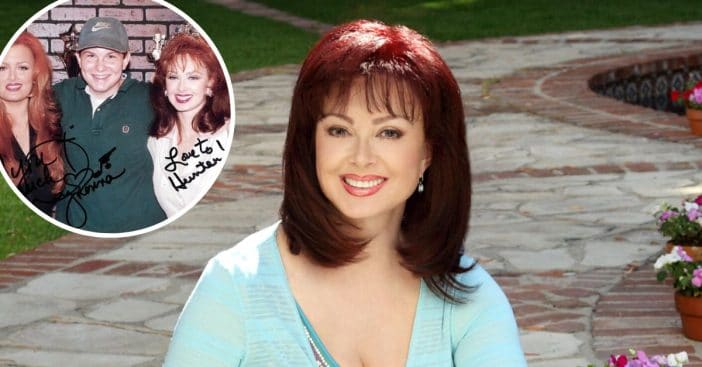 Journalist and radio show host Hunter Kelly penned an emotional essay about losing his friend, country music star Naomi Judd. Naomi passed away last weekend due to “the disease of mental illness.” Hunter shared that her death was twice as hard because he lost his own brother to the same disease back in 2017.

Hunter moved to Nashville when he was 18 years old to pursue a career as a music journalist and radio host. Prior to that, he had been obsessed with The Judds, equally loving their fashion sense and musical abilities. He first met Naomi when he was just 12 years old at a book signing. A few years later, Naomi came to speak in his hometown of Birmingham, Alabama. He said that she was “so gracious” when he met her again and signed everything he had with him. Years later, when Hunter was working in Nashville, he interviewed Wynonna and Naomi every chance he got.

Flow on River of Time

During their hiatus from music and touring, Hunter worked on a long piece that would share their history and get people excited about The Judds again. He shared, “Fast forward to 2018, and I’d been working in music for about 15 years as a journalist when I found myself at a career crossroads. I finally had the chance to pursue whatever I wanted as a freelancer, and I’d grown increasingly frustrated with the Judds’ perennial absence from the Country Music Hall of Fame. In an effort to right that wrong, I decided I would tell the story of the Judds’ music as if I was actually there. I’d been writing stories about the Judds and working to get renewed focus on the Judds’ musical legacy in the press.”

A few weeks ago, Hunter said he had lunch with Naomi to get some new quotes for her bio. They spoke about the excitement of the Country Music Hall of Fame induction and upcoming tour. Even so, he said that he felt her sadness creep in.

He said, “The trauma of her childhood still lingered, and she told me she was trying to get past it. She’d been so candid with her struggles with depression and offering hope to others in telling her story, I figured that was all handled, though. Plus, I had a laser focus on her music, and I was trying to present Naomi in the best light to honor everything she’s done in her career in that artist bio.”

Click for next Article
Previous article: Naomi Judd Was Plagued By Panic Episodes Since Childhood Trauma
Next Post: Family Of Naomi Judd Debating Future Of Final Judds Tour In Autumn