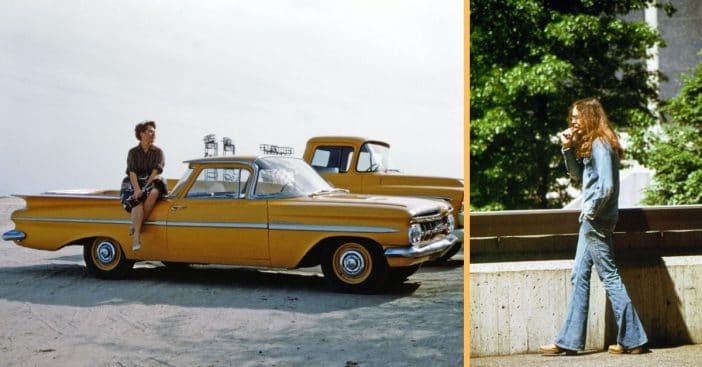 America’s nuanced cultural norms were a constant response to events of the time. Examples include women’s liberation and the sexual revolution of the 1960s and 1970s. One corner of California became a microcosm for the greater counterculture movement popping up around the country and a store clerk there documented this exemplary time.

The venue is listed as Socrates Sandals, located in the Newport Harbor area. There congregated the latest generation in America to reach adulthood in the late ’60s, and so were in a prime position to make their voices heard, if not yet at the ballot box then as a demographic of increasing prominence. Shopkeeper Doug Biggert saw all types at the store and photographed life these demographics in pictures that are now a time machine on his walls.

The counterculture movement of the ’60s was characterized by anti-establishment sentiments that continued through much of the ’70s. Its momentum increased in tandem with the Civil Rights Movement and concerned itself with social issues of the time. This also saw the rise of the hippie movement and a surge in artistic expression that echoed counterculture sentiments.

RELATED: 18 Pictures of Hippies From The 60s That Prove That They Were Really Far Out

It is people belonging to this movement that Biggert saw a lot of among the hitchhikers he encountered at the store and driving his 1966 VW Bug. His photographs are shared more fully on i-D, but the theme between them and others remains the same. People moved away from the formality of suits in favor of denim. Shirts loose, arms bare, women forgoing skirts and fully embracing pants. Long hair, everything loose and free, a physical reflection of the values the counterculture movement revered.

This sampling of California is a glimpse at what was happening around the country in the late ’60s, when Biggert began his photography collection in earnest. “Doug was always drawn to underdogs,” says friend and fellow artist Liv Moe. “There was a part of Doug that was driven to look out for people no one else was looking out for.”

So came a series of photos capturing the elusive image of drifters, hitchhikers, college students, runaways, and more who moved with this fluid era of experimental freedom. Just as the counterculture movement influenced society, so too did it inspire a surge in indie publishing, writes i-D, which further encouraged Biggert to keep his work fresh and against the grain; the hippies that starred in his photos became the perfect subjects. Did you live in an area impacted by big social changes of the decade like this bastion of nostalgia?

Click for next Article
Previous article: Easter Television Specials You Might Remember From ’70s And ’80s
Next Post: Tom Cruise Opens Up About ‘Grueling’ Training For New ‘Top Gun’ Film