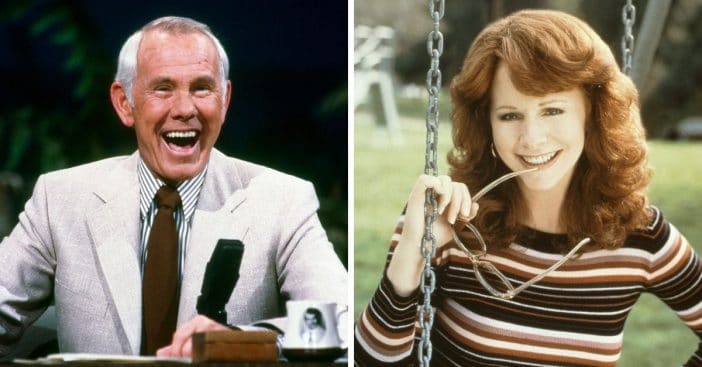 Reba McEntire once showed up to Johnny Carson’s The Tonight Show speaking in an Oklahoma accent, he was very fascinated and intrigued by the way she said one specific word. McEntire had actually appeared on The Tonight Show twice before she was first interviewed by Carson, so she was no stranger to it all. This was back in the ’80s, where she had been a musical guest on the show twice.

She talks about being on Carson’s show in her autobiography Reba: My Story, singing Carson’s praises and calling him “the late-night king himself and the host of the granddaddy of all the network television shows.”

McEntire finally had the chance to sit down with Carson for her interview, and he was mostly interested in her strong accent when he asked her about her background as a barrel racer. “He seemed fascinated by the way I said ‘barrel’ and kept asking me to repeat it, impersonating me and making fun of how I said ‘barrel,’” she writes in her autobiography. But she didn’t hold the “making fun” against him when she looked back. She pointed out he was from Nebraska and “that’s about as rural as Oklahoma.”

“I guess he lost his Nebraskan accent a long time ago,” she said, adding that “in hindsight,” she recognized he “meant no harm [and] he was just trying to break the ice.”

During her time on the show with Fallon, she joined the host in a close-up serenade for one lucky fan, and she says it was the first time she had ever given such a performance. There’s a first time for everything, even Reba! Check out that incredible moment below.