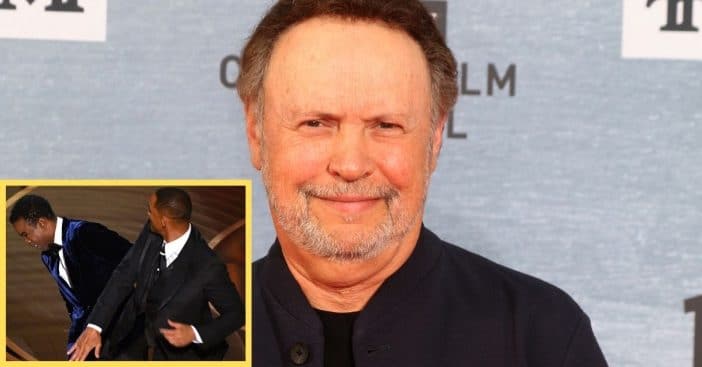 When Will Smith slapped comedian Chris Rock at the 2022 Oscars, it generated an ongoing flood of debate with support and opposition of every type flooding in. Billy Crystal has added his voice to the chatter, bringing his experience as a Grammys and Oscars host to the discussion.

As a comedian and former host, Crystal has called the slap an assault. Crystal has had to consider all sorts of scenarios that might come up when he hosts. Sometimes that included the audience interacting directly – and physically – with himself.

Those who viewed the Oscars ceremony, fans, attendees, and other public figures alike, have shared their thoughts on Smith’s actions that night. Rock did not press charges, though one Twitter user came away feeling “Hollywood allows, enables, and celebrates the very worst behaviors.” Others supported Smith and slammed Rock. As for Crystal, he shared his thoughts on HBO’s Back on the Record with Bob Costas.

RELATED: Will Smith Officially Banned From The Oscars Until 2032

“It was a most disturbing incident for sure,” Crystal said of the now-infamous slap. “It was an assault.” Crystal went on to share, “I’ve had experiences, I’ve hosted the Grammys three times, and I’ve been thrown things.” Actor Mark Hamill echoed this sentiment, noting, “Stand-up comics are very adept at handling hecklers. Violent physical assault… not so much.”

“What we saw was terribly distressing,” Crystal further said for the program, “and it’s just unfortunate what has happened in society that this can happen now.” Crystal remembers thinking ahead during his own time on stage, appeasing an audience, sharing, “In [Oscars] preproduction, the amazing Gil Cates, we would go through–he was the producer for six of the nine that I did–we would go through the rundown, and I’d say, ‘Maybe I should be there because something might happen there. If that person wins, I should follow that.'”

Crystal hosted the Academy Awards nine times and even won two Primetime Emmy Awards for doing so; he returned to the Oscars in 2012 after Eddie Murphy stepped down as host. He has hosted the 29th, 30, and 31st Grammys; during one such occasion, the audience grey “edgy” after Jackie Mason and Little Richard made remarks categorized as “inflammatory.” Acting as MC, Crystal had to use humor to lead the ceremony to calmer waters. As for the mood of the Oscars, after Smith slapped Rock, he won an award for Best Actor, though he is now barred from attending future ceremonies for ten years.

Do you agree with Billy Crystal about what Will Smith did?

Click for next Article
Previous article: Kaitlyn Dever From ‘Last Man Standing’ Stuns In Mini Dress On The Red Carpet
Next Post: Bruce Willis’ Co-Star From One Of His Final Movies Speaks Out