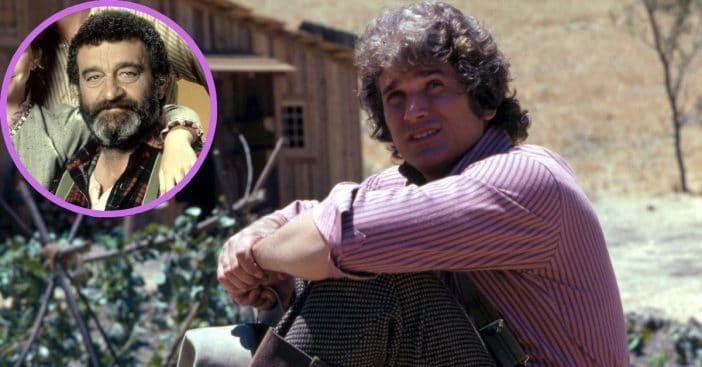 Actor and director Victor French had a prominent presence on Little House on the Prairie not only as Mr. Isaiah Edwards but also as a director for some episodes, not unlike his colleague Michael Landon. The two were considered friends as well as castmates but that was endangered when French left for other pursuits.

Radames Pera, who played John Sanderson Edwards, offers new insight into the conflict between these two visionaries when French left the series – and why. Their falling out shaped the show and had a ripple effect in their personal lives, according to Pera. How?

“The actor who played my adopted father, Victor French, he went on to do a pilot for a different series,” revealed Pera. That series was Carter Country, in which French played a police chief from a small town in Georgia. It did eventually end before Little House on the Prairie, but the initial offer to head a series of his own was an inviting one. The two had been described as friends, with French saying of Landon, “He could make you laugh and cry in one scene. There’s really no one like him.” But this new opportunity seemed promising.

RELATED: Michael Landon Was Not Happy When Alison Arngrim Broke Her Arm

“Michael didn’t offer him a serious contract. So he moved on, but Michael was very upset,” Pera added. Charlotte Stewart, who played Eva Beadle Simms in the series, said, “You can’t blame Victor for taking a shot at some more income and giving his star a bit of a boost.” However, she noted, it was “without Mike’s blessing.” This would have repercussions in the near future.

The fallout between Michael Landon and Victor French

Pera revealed, “So Michael decided to write the whole family out. And then they had a falling out personally.” Stewart echoed in her memoir, “Mike was pissed off and felt betrayed, and he wrote Mr. Edwards and his family entirely out of the show.” There was also something of a smear campaign against some of the Edwards family.

To best get Pera’s character of John Edwards out of the show, Landon apparently thought to lower the audience’s love for the character. So, Landon had John Edwards engage in an affair where he cheats on Mary Ingalls, played by Melissa Sue Anderson, with another woman. Fans of the show did not like seeing John become a cheater, and to this day, Pera says “I still get fans who yell out ‘cheater!’” Despite all this, though, when French’s series ended, Landon allowed him to reprise his role. He played Isaiah Edwards for 57 episodes from 1974 to 1983 and his friendship with Landon was restored. French’s battles were not done yet, though, as like his other co-star Karen Grassle, French battled alcoholism in his private life.

Click for next Article
Previous article: John Stamos Celebrated His Son’s Birthday Early With Lots Of Bubbles
Next Post: A Woman’s Ex Demands She Changes Name Of Babies He Didn’t Want Custody Of