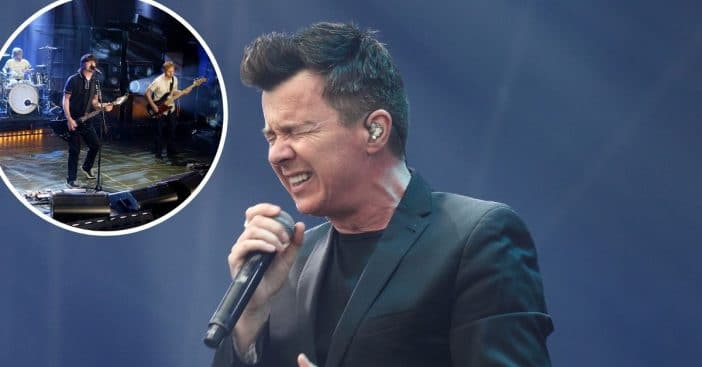 Rick Astley is best known for his song “Never Gonna Give You Up,” which has become a viral sensation in recent years. Teens love to come up with fun ways to prank others and they decided that sending someone a video and instead the recipient receiving Rick’s music video would be named “Rickrolling.”

While Rick was upset at the phenomenon at first, he has definitely embraced it now. Even so, it makes people forget what a great singer he actually is! Rick is still at it and he did an acoustic cover of the Foo Fighters’ song “Everlong.”

In 2017, Rick joined the Foo Fighters on stage during one of their concerts and they sang “Never Gonna Give You Up.” So, it seems there is some history between the two musical icons. Rick’s cover of “Everlong” has been circulating due to the tragic death of the Foo Fighters drummer Taylor Hawkins.

Many fans commented how much they loved the cover. Even Foo Fighters fans commented that they were impressed with Rick’s version! Others loved that an ’80s music icon was singing a ’90s song! It truly is the best of two decades.

Listen to Rick’s version of “Everlong” below:

Click for next Article
Previous article: America’s Homeless Problem For Those 50+ Increasing As More Retire Onto The Streets
Next Post: Marion Ross’ Son Opens Up About Working With Ron Howard