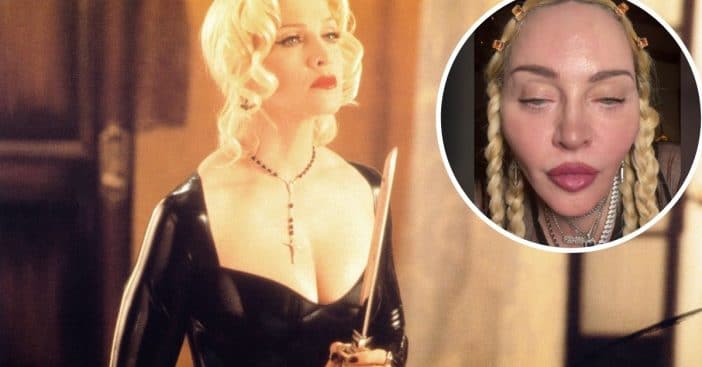 Pop singer Madonna has been posting some very worrisome social media posts. Fans are concerned after seeing some strange TikTok videos on Madonna’s page, especially ones where she talks about drugs and alcohol and seems under the influence.

Some of the videos appear to just be Madonna with her phone’s camera on with various filters or stickers on the screen. In others, she lip-syncs and promotes her new song called “Frozen.” In January, she shared a video with quotes from three of her favorite books, The Alchemist, The Passion, and The Little Prince.

In one of the videos, Madonna appears intoxicated and says that she’s drunk and is seen taking a large gulp of a drink. She also said in the video, “I’m waiting for the cocaine to kick in.” In other videos, she just rubs her eyes and stares at the screen.

RELATED: 63-Year-Old Madonna Has No Shame In Flaunting Her Goodies Online

Fans are becoming increasingly concerned as each video is posted. Some even say they are “scared” after watching some of the videos. While some were worried about her alcohol and drug use, others were shocked at how she looks these days and talked about her plastic surgery. It appears that she has had a lot of work done and she looked very tired or hungover in some of the videos.

One person even commented to the 63-year-old singer, “You’re allowed to look over 20.” Take a look at one of the posts below and share your thoughts: