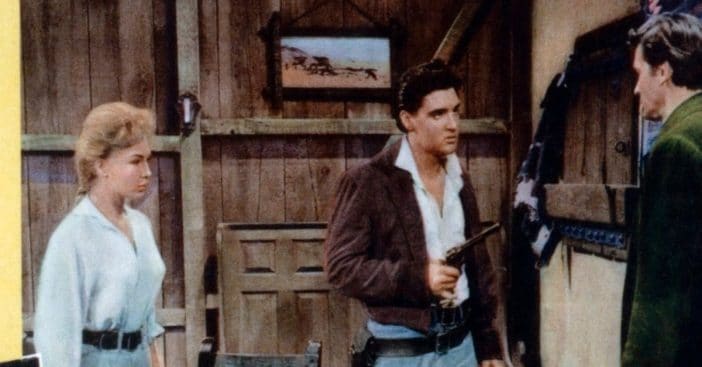 90-year-old Barbara Eden recalls getting the chance to work with the iconic Elvis Presley back in 1966. They starred in a film together called Flaming Star, yet despite excellent reviews, she said that the movie “didn’t make a penny.” The film’s budget was $1.7 million and made just $2 million.

A few years ago, Barbara spoke about working with Elvis, saying, “[He was] well brought up. Was a hard worker. A very good actor and wanted to be. This was the only film that he really had a chance of showing he could act.”

She added that she felt she knew why the movie flopped a bit, adding, “Because he didn’t sing a song. That wasn’t what his fans wanted. But he was excellent.” Elvis actually did sing two songs in the film, but perhaps Barbara meant that it wasn’t a musical. He wanted to prove himself as an actor, not just a singer.

Two years earlier, Elvis acted in Viva Las Vegas and sang four songs throughout the film. That movie was a huge success. Sadly, Flaming Star just didn’t live up to his past work, even working with a big name like Barbara Eden.

Reminisce and listen to the song “Flaming Star” by Elvis Presley below:

Click for next Article
Previous article: This Couple Loves Disney So Much, They Built A House 15 Mins Away From The Park
Next Post: Tori Spelling Marks Best Friend Jennie Garth’s 50th Birthday With Sweet Post