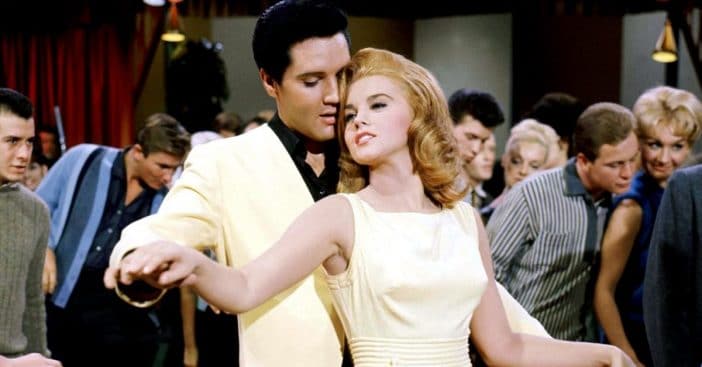 Actress Ann-Margret recently opened up about her time filming Viva Las Vegas alongside Elvis Presley. She definitely has some fond memories, aside from their romantic link. “Just thinking about Viva Las Vegas, or anytime someone mentions it, I smile,” the 80-year-old says.

“It was one of the happiest times of my life. George Sidney, who directed ‘Bye Bye Birdie,’ also directed ‘Viva Las Vegas.’ And believe it or not, I had never seen EP perform,” she admits.

Ann-Margret continues, “I know that’s hard to believe but I hadn’t! I really got to see it when we were rehearsing, singing and dancing with each other. But we moved very much the same. And he loved his mother [Gladys, who died in 1958]… I loved my mother and father. I had a great time. We were friends ‘till the end. I had a great time.”

Following the death of the King of Rock and Roll in August 1977, Ann-Margret traveled to Graceland for the funeral the following day. Adding to her admiration and love for Presley, three months later she hosted Memories of Elvis, which also included abridged versions of Presley’s 1968 Comeback Special and 1973’s Aloha from Hawaii.

“But no. I did the best that I could at the time and then it’s over… You always think, ‘I hope it works. I hope people are entertained.’ But sometimes it doesn’t work. But you keep at it if you really love it.”

Behind-the-scenes facts about the film

Well, Presley caught onto that plan and decided on how to deal with the situation without jeopardizing his relationship with Ann-Margret. “You’ll notice Ann-Margret does everything a little better than Elvis in the movie, especially when you see the skeet shooting.” In the scene, her character is supposed to make a hit and Presley is supposed to just look and react, but he would make a face and they would have to reshoot. It’s no wonder why people would refer to Ann-Margret as the female version of Presley!