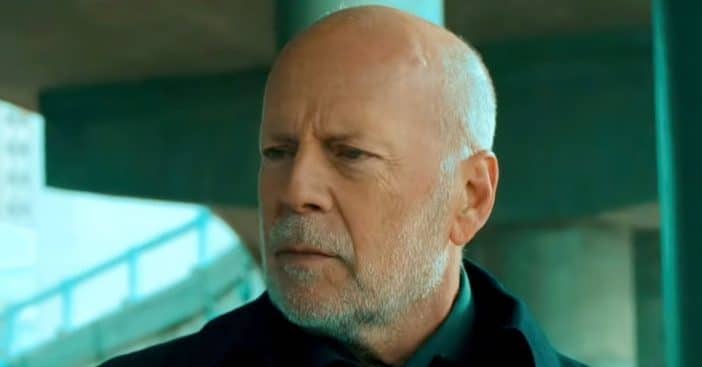 Bruce Willis recently shared that he was diagnosed with aphasia, a condition that affects cognitive abilities. Due to his diagnosis, the 67-year-old has decided to retire from acting. Bruce and his family shared a statement about his diagnosis and retirement. While he definitely has the support of his family, his fellow Hollywood stars are also sharing their encouragement.

Bruce’s statement from his wife Emma Heming Willis, ex-wife Demi Moore and daughters Rumer, Scout, Tallulah, Mabel, and Evelyn read, “To Bruce’s amazing supporters, as a family we wanted to share that our beloved Bruce has been experiencing some health issues and has recently been diagnosed with aphasia, which is impacting his cognitive abilities. As a result of this and with much consideration Bruce is stepping away from the career that has meant so much to him.” They added that it has been challenging but they are appreciative of all of the love and support.

Bruce Willis is receiving a lot of support amid aphasia diagnosis

A source who said that are close to Bruce also shared, “Bruce is beloved and everyone in Hollywood is very supportive of him and will rally around him. He’s one of the guys everyone loves in Hollywood — one of the most beloved movie stars. His family is rallying around him.”

RELATED: Bruce Willis Diagnosed With Aphasia, Will Step Away From Acting

The source added, “He’s a very devoted husband and father. There’s so much goodwill for him. He’s a wonderful person, and has always had the best sense of humor — and a sense of a grace. Everyone is rooting for him.”

Many stars commented on the family’s posts and shared their support. It seems that anyone who worked with Bruce over the years only has nice things to say. Aphasia generally happens after a stroke or head injury but can also come on slowly from a disease or brain tumor. It affects one’s ability to write, speak, and understand things, both written and verbal. It can really affect how you communicate which is likely the reason that Bruce has to step away from acting.

Wishing Bruce and his family all the best during this difficult time.