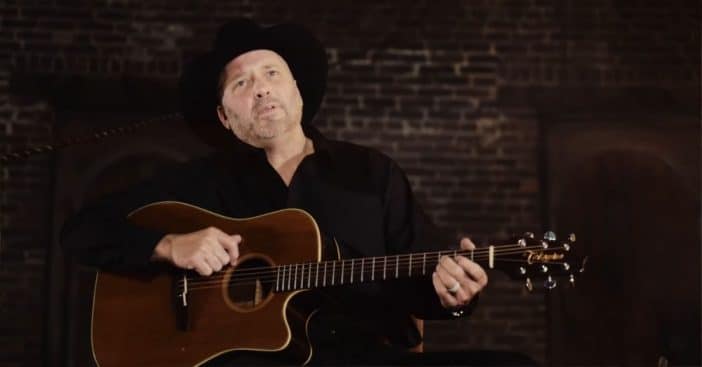 Country singer and songwriter Jeff Carson died on Saturday, March 26. He was 58 when he died; according to his publicist, the cause was a heart attack. He passed in Williamson Medical Center, located in Franklin, Tennessee.

14 of Carson’s songs charted on the Billboard country charts. Hits include “Not on Your Love,” and “Holdin’ Onto Somethin’.” His most recent musical success was in 2013 with a cover of “I Can Only Imagine,” a Christian pop single by MercyMe.

Carson’s publicist released a statement announcing the death of the chart-topping singer-songwriter. The statement names the cause as a heart attack and outlines the artist’s life. Born on December 16, 1963, Carson got his musical start by singing in church. He was born in Oklahoma but moved soon to Arkansas, where he formed a band. Then, after moving to Missouri, he found work playing bass guitar for local bands.

1994 saw the release of his debut single, “Yeah Buddy.” While this premiere reached number 69 on the Billboard Hot Country Singles & Tracks chart, “Not on Your Love” reached number one. This was followed by “The Car” and “Holdin’ Onto Somethin'” becoming Top Ten hits, at number 3 and number 6 respectively.

Carson technically retired from music in 2009. But he never fully left that industry. Following this exit, he became a police officer with the Franklin Police Department, based in Williamson County, Tennessee. The department’s official Twitter page mourned his passing with a post that reads, “It’s hard to believe he’s gone. One thing is for certain — Franklin Police Officer #JeffCarson changed everyone he met, all of us, for the better! Thank you, Jeff, for your life of service & song. May his message live on: God Save The World.”

It’s hard to believe he’s gone. One thing is for certain — Franklin Police Officer #JeffCarson changed everyone he met, all of us, for the better! Thank you, Jeff, for your life of service & song. May his message live on: God Save The World.https://t.co/MU3937POBy

Indeed, in 2019, he returned to music to recut and rerelease “God Save The World.” He also took to working with Buddy Hyatt. According to his publicist’s statement, the two were working on “a specialty album to be released later this year that included duets with Michael Ray, Darryl Worley, Mark Wills, and Craig Morgan.” Carson is survived by Kim Cooper Carson, son Dayton Grei Herndon Carson, brother Steve Herndon, sister Karen Spurlock, mother Virginia Norton, and extended family.

RELATED: Do You Remember When Country Star Alan Jackson Appeared On ‘Home Improvement?’

Click for next Article
Previous article: Betty White’s Stunning California Beach House Of 40+ Years Listed For Nearly $8M
Next Post: While Oscar Ratings Are Still Down, More Tuned In To 2022 Show For The Drama