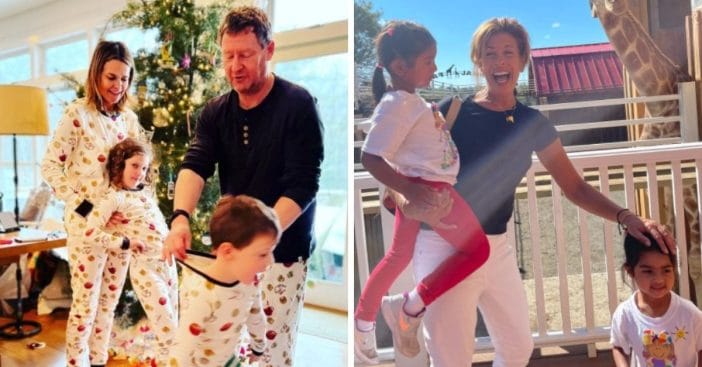 Hoda Kotb and Savannah Guthrie are getting open and honest about being “old moms.” They are 57 and 50, respectively. Both women became mothers after the age of 40 due to complications that had them doubting they would ever become mothers at all.

“I stopped even letting myself hope or believe I could [get pregnant], because the years were getting on,” Guthrie admitted. “I just tried to tell myself that it would be OK if it didn’t happen: ‘Maybe it’s not meant for me, and that’s OK because I’ve already been blessed so much in my life. I’m not entitled to have a baby too.’ Looking back, that mindset was probably a self-defense mechanism.”

Hoda Kotb and Savannah Guthrie on being “old moms,” the challenges, and its perks

After having her first child, Guthrie had a miscarriage at 41 years old and underwent two rounds of IVF in hopes of getting pregnant again. Today, she has two beautiful children with Michael Feldman, 7-year-old Vale, and 5-year-old Charley.

In Kotb’s case, she battled breast cancer back in 2007, and was told she would be unable to conceive. She was absolutely devastated. “I was in my room and I just sobbed. I thought, ‘Well, that’s that, isn’t it? Like, you almost blame yourself. Why didn’t I do this? Why didn’t I do that?’ So I just pushed it away, because the reality seemed impossible to bear,” she remembers.

After recovering, Kotb and ex-fiancé Joel Schiffman adopted Haley, 5, in 2017, and Hope, now 3, two years later. And while becoming moms later in life has come with its own set of challenges, they also can’t deny the perks that come along with it.

“I’m glad my kids don’t have the stressed, anxious and insecure 30-year-old version of me. The peace and calmness that comes with age is a great thing for kids to see in action,” said Guthrie. Kotb echoes this, adding, “All of a sudden all the things about having little kids that seem like a problem, you see in a whole different way. And I find myself being so much more patient and calm than I ever would have been at a younger age.”

The two women also added how they are happy they can confide in each other in terms of being an “old mom.” Kotb said, “I have some nights where I really messed up and I know I did, and I come in the next morning [thinking], ‘I feel terrible for what I did. What was I thinking? Why did I think that was going to work? They went to bed crying.’ Like, I don’t want that to be me. But then I talk to Savannah. [She’ll say], ‘That was my Wednesday.’ It makes you feel less alone.”

As for the haters and cynics who talk down on women having kids later in life? Kotb, specifically, one thing to say. “You can live your life worrying about what people think of your life, or you can live your life. And I realized that sometimes I was living my life being concerned about the perceptions of it. I sort of had this epiphany: I have a choice.”