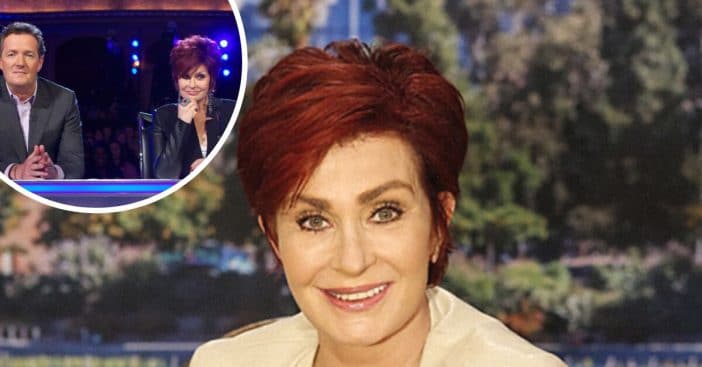 After a tumultuous exit from The Talk, Sharon Osbourne is ready to return to television again. However, this time, she will be joining United Kingdom TV screens. Sharon has confirmed her new gig with her friend Piers Morgan on a new TV network in the U.K. called TalkTV.

Sharon left The Talk after a heated discussion on-air about race, involving Piers Morgan and comments he made about Meghan Markle. Sharon was consequently suspended from the show and later decided to leave for good. Piers also left Good Morning Britain after his remarks about Meghan.

Piers and Sharon announced the news of their new show with a joint video. Piers appeared and said, “So what I’m really looking for in my co-workers at TalkTV is somebody who is, well, a bit like me: very opinionated, fearless, funny, knows their own mind, not afraid to speak it, unpredictable, maybe a little bit dangerous, and also somebody who every time they open their gobby mouth it makes global news.”

Sharon then appears and says, “Um, where do I sign Piers?” The show is set to premiere sometime this spring. The network shared the video and wrote, “Things are set to get even more opinionated on Talk TV…”

Watch the video announcement below. Will you watch Piers and Sharon on television again?

Click for next Article
Previous article: ‘Mad About You’ Cast Then And Now 2022
Next Post: Rob Lowe’s Sons Honor Their “Best Friend” In Special Birthday Tributes