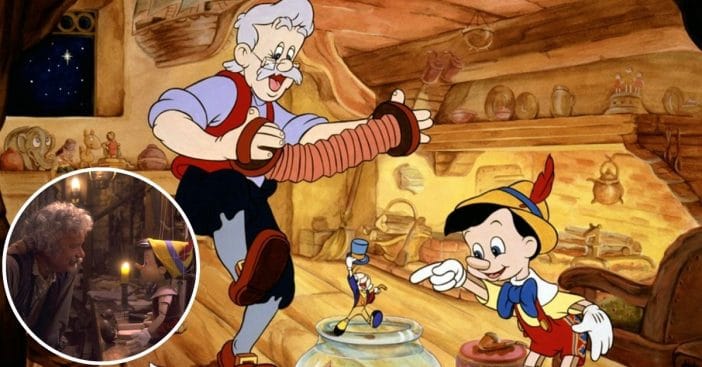 We are officially getting a first look at Tom Hanks as Geppetto in the Disney+ live-action version of Pinocchio, set to hit the streaming service this September. The rest of the cast will feature Benjamin Evan Ainsworth as Pinocchio and Joseph Gordon-Levitt as Pinocchio’s guide Jiminy Cricket.

This Disney+ adaption of the classic film is just one of two set to release this year, the other being a stop-motion animated take from directors Guillermo del Toro and Mark Gustafson, coming in December. Both are takes from the original novel The Adventures of Pinocchio by Italian author Carlo Collodi, first published in serial form in the Giornale per I bambini in 1881. Then came a number of different TV projects and films, including the classic 1940 film we all know and love.

RELATED: Tom Hanks Is In Talks To Play Pinocchio’s Father In The Live-Action Disney Film

Aside from Pinocchio, Hanks has also been working on the newest Elvis Presley biopic coming from Baz Luhrmann, also starring Austin Butler as Elvis. Hanks will be portraying the role of Presley’s long-time and controversial manager, Colonel Tom Parker.

Click for next Article
Previous article: How Leonardo DiCaprio Is ‘Helping The People Of Ukraine’ Through Humanitarian Efforts
Next Post: Jenna Bush Hager Gets Emotional In New Psychic Reading With ‘Hollywood Medium’ Star