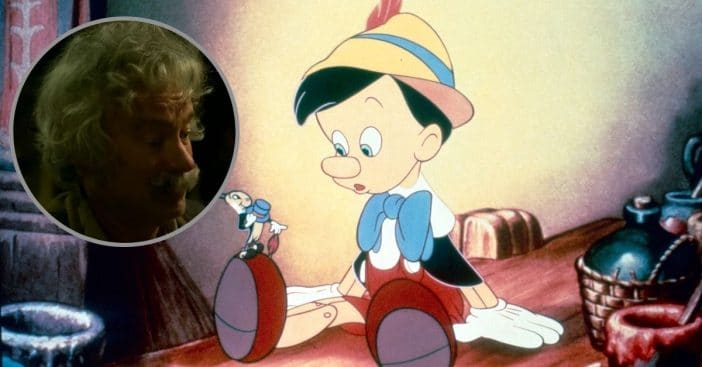 Disney has debuted the first teaser trailer for the live-action Pinocchio starring Tom Hanks as Geppetto, the wood-carver who creates Pinocchio. “Star light, star bright, first star I see tonight,” we can see Geppetto reciting in the trailer, “I wish I may, I wish I might, have the wish I wish tonight.”

Robert Zemeckis is the director behind the film, and has also cast Joseph Gordon-Levitt as the wise mentor and “conscience” Jiminy Cricket, Cynthia Erivo as the Blue Fairy, Keegan-Michael Key as “Honest” John, and Luke Evans as the Coachman. Lorraine Bracco also plays a new character, Sofia the Seagull.

Luke Evans is no stranger to playing villains as he recently played the role of Gaston in Disney’s 2017 live-action version of Beauty and the Beast. He also said on the D23 Inside Disney podcast last year that his Coachman “thankfully” looks “nothing like the character from the animation.”

“Things are not going to be the same as they were in the animation. The storyline is very, very similar, but there were some characters that [Zemeckis] was able to dramatically enhance, and the Coachman is one of those,” he explains. “I get to use all of my musical theater experience and skills in this character. I can’t tell you too much because I want it to be a surprise, but there are some really wonderful gifts that he gave me as an actor with the character.”

Evans continues, “You see a coachman in many different ways. I don’t want to give away anymore than that. But he isn’t just the average human being, if that means anything to you. He’s a very unusual creature. He’s rather terrifying. If you think Gaston is scary, wait until you meet the Coachman!”

Pinocchio will premiere on Disney+ on September 8th. The original Pinocchio is already on the streaming platform.