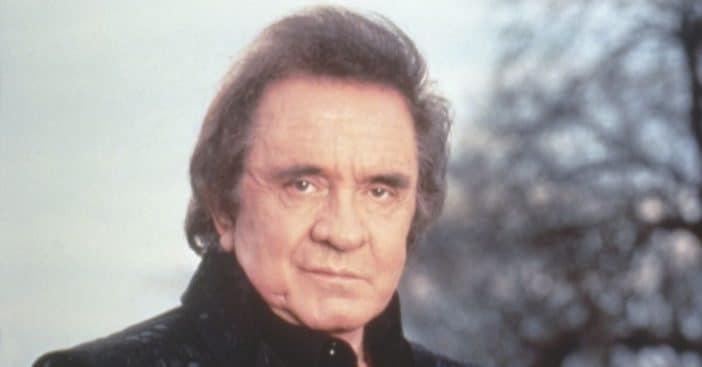 The late Johnny Cash received a special honor on what would have been his 90th birthday. On Feb. 26, the city of Hendersonville, Tennessee added a “Tennessee Music Pathways” marker at the site of the House of Cash music publishing company. It is located on Main Street.

Johnny’s son, John Carter Cash was there to commemorate the moment. He shared, “Having lived in Hendersonville my whole life, I am grateful and indebted to Tennessee for preserving critical music sites and noting the former House of Cash building as one of those. In the early 1970s, this building housed my father’s recording studio. He made hundreds of historical recordings here. I remember sitting on his lap and recording a song with him when I was no more than four years old. Later, it became the Johnny Cash Museum, bringing hundreds of thousands of visitors to Sumner County.”

“On behalf of the John R Cash Revocable Trust and the rest of my family, we look forward to further working with the state to develop additional locations so that fans of music and students of history alike can continue to learn about my father, Johnny Cash,” he added.

Local officials were also there and shared their appreciation for the late musician. Bill Miller, the owner of the Johnny Cash Museum was also in attendance. He said he has been a lifelong fan and visited the House of Cash when he was just a teenager.

Bill said, “I think it’s really appropriate that this marks a pathway at House of Cash because the pathway, 2,000 miles from California, led me to this, which was and still is the mecca for Johnny Cash fans around the entire world. They came by jet, they came by bus, they came by car, they hitched hiked to come to this very spot to get a glimpse of one of the greatest men I’ve ever known in my entire life.”

Click for next Article
Previous article: Kelly Clarkson Honors Dolly Parton With ‘I Will Always Love You’ Performance At ACM Awards
Next Post: Young Boy With Uncombable Hair Syndrome Is Cutest Thing On The Internet Today