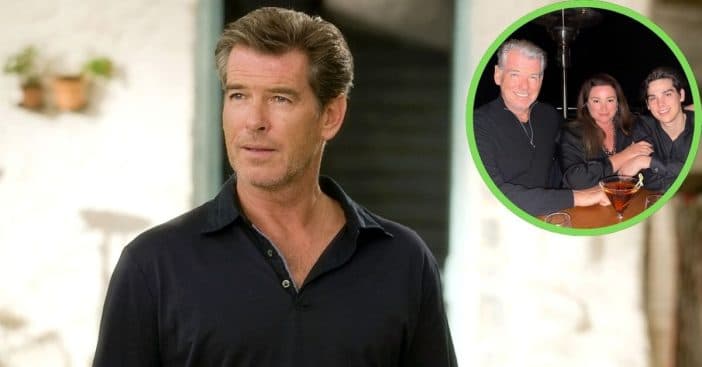 Paris’s older brother Dylan turned 25 in January, making the early winter months a busy and festive time for the family. Though he is known the world over and boasts over a million followers on social media, Brosnan does not frequently share personal, family photos, opting instead to share posts about his work or important causes, making this latest picture especially meaningful.

On Tuesday, Brosnan posted a photo of himself and his wife Keely and son Paris. The three are seated side by side, arm-in-arm, smiling at the camera at what appears to be an outdoor dining area with lights or heat lamps behind them.

RELATED: Pierce Brosnan Wants To Return To James Bond — In A Musical

“Happy 21st birthday dear Paris,” his post reads. “May the year ahead be all you could wish for! All our love Mamma and Papa.” The post has received over 97,000 likes and over a thousand comments echoing the heartfelt sentiment, including one from Rita Wilson.

Paris may be known for having GoldenEye actor Pierce Brosnan as a father, but he has gained fame of his own accord. Paris is familiar with living in the limelight thanks both to Brosnan and his mother Keely, who works as a journalist and has experience as a TV presenter and producer.

Even so, initially, Paris stayed out of the spotlight but later went into modeling, where he rocketed to fame and success. He has been on the cover of Vanity Teen and modeled for Dolce and Gabbana. When he’s not walking the walk, he’s surfing the waves, and hopefully enjoyed a very happy 21st birthday.

Click for next Article
Previous article: Pat Sajak Responds To ‘Wheel Of Fortune’ Round That Took Social Media By Storm
Next Post: Conjoined Twins Abby And Brittany Hensel Are Now Thriving 30 Years Later