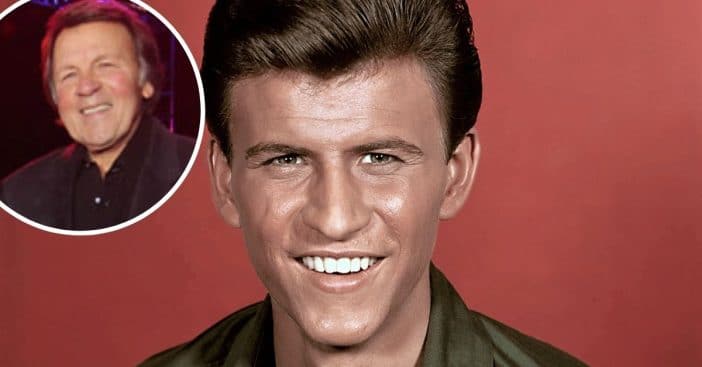 Bobby, who was born April 26, 1942, teamed up with Frankie Avalon and Fabian to continue touring for nostalgic fans. They call themselves The Golden Boys, the trio starting to do shows in 1985 and never stopping! They knew each other as kids growing up in South Philadelphia and decided, later in life, that it would be fun to tour together.

In addition to touring with The Golden Boys, Bobby wrote a memoir in 2016 called Bobby Rydell: Teen Idol on the Rocks — A Tale of Second Chances, co-written Grammy-winning guitarist and music producer Allan Slutsky.  In it, he opens up about his road to fame and his struggles with alcoholism.

Bobby added, “I said, ‘Well, if I’m gonna sit down and talk with anybody, it’s gonna be Allan. So we sat down—Allan came to my home—and we sat down for close to two years and I just poured my heart out. And I think the book reveals that. It’s very, very—it’s brutally honest. It’s very truthful, very sincere. And I’m very, very pleased with the way the book came out.”

Would you ever go see The Golden Boys perform?

Click for next Article
Previous article: Leonard Lightfoot From ‘Silver Spoons’ Is 74 And Retired After A Hated Series Ended
Next Post: The Cast Of ‘Hill Street Blues’ Then And Now 2022