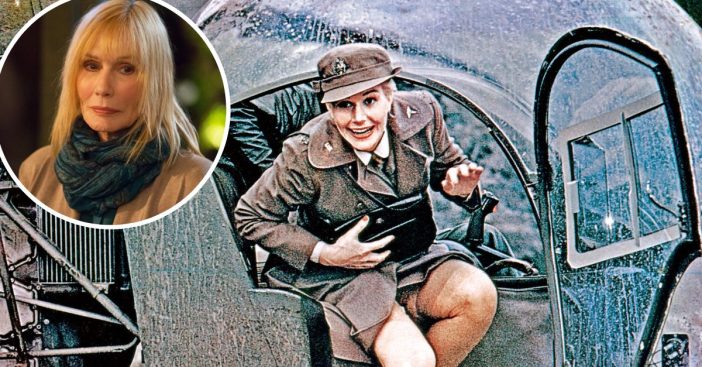 Actress Sally Kellerman has died at the age of 84. She was living at an assisted living facility in California due to complications of dementia. Sally was best known for her role as US Army Major Margaret “Hot Lips” Houlihan in the film MASH.

She worked in show business for over 60 years, appearing in Brewster McCloud, The Player, Star Trek, The Twilight Zone, The Outer Limits, and Bonanza, to name a few. She was multi-talented and also recorded two music albums and often contributed songs to her films.

Actress Sally Kellerman has passed away

Sally found her love of acting in high school and enrolled in acting classes while in college. Her first role was in the 1957 film Reform School Girl. Her big break was in MASH in 1970. Later in life, her voice lent itself to voiceover work for advertisements including Revlon. Her last acting role was in the show Difficult People in 2017.

MASH marked a turning point in her career, as she related to the Detroit Free Press in 1970, noting that she was disappointed in her role as Hot Lips as written and went to director Robert Altman, expressing her passionate feelings about the subject. The part was developed further. “For the first time I was open and honest and wanting something rather than just settling for anything. And I did it with the right man. And it just freed me from any neurosis I had about the character. It was the first time I let go and said, ‘I’ll take chances. I’ll be as big as it calls for in the part. It’ll probably be the end of my career, but I’m going to enjoy the experience.'” Needless to say, her career was just fine.

She was afforded a bit of pop culture immortality when she was cast as Dr. Elizabeth Dehner in the second pilot for Star Trek — and the one that sold the series — “Where No Man Has Gone Before.” In it, she and another Enterprise crewmember, played by Gary Lockwood, are transformed into god-like beings. “I knew nothing about Star Trek,” she admitted in the pages of the Star Trek oral history, The Fifty-Year Mission. “I didn’t read any of the famous science fiction writers like Ray Bradbury, and I’d been guest starring on every show in the sixties. I’d just finished Kraft Theatre with Gary Lockwood, and the one time we were shooting our scene and he didn’t know his lines, I thought, ‘Oh, what an amateur.’ Next thing I know, I’m cast in the pilot of Star Trek with Gary Lockwood, The Amateur. When I saw him staging all the fight scenes, I got over that amateur stuff! I was swooning offstage. But, anyway, we had no idea what it was and that awful outfit, with the pants that didn’t quite fit.

“I was always playing the hard-bitten drunk or beaten up, and now I’m in this outfit and wondering what the heck it was all about,” Sally elaborated. “Of course, Bill Shatner has a great sense of humor, so it was a lot of fun around him. Leonard Nimoy had directed me in a play before this, for which I came late probably more than once to rehearsal. The last time I came there he said, ‘Please step outside,’ and so we were outside and he said, ‘Why is it that all you talented people are always the ones who come late?’ Of course, I didn’t hear anything about being late, I just heard the word talented. One time someone came up to me and said, ‘You are the reason the pilot sold’ and I said, ‘I always felt that was true. Of course it was me.'”

Sally was married twice, first to Rick Edelstein and later to producer Johnathan D. Krane. She adopted her niece and later adopted twins with her husband Jonathan, Jack and Hannah. Sadly, Hannah and Jonathan both passed away in 2016. She is survived by her son, Jack Krane. May she rest in peace.

Click for next Article
Previous article: ‘Alice’ Cast Then And Now 2022
Next Post: Red Buttons From ‘The Poseidon Adventure’ Won A Walk Of Fame Star Before His Death At 87