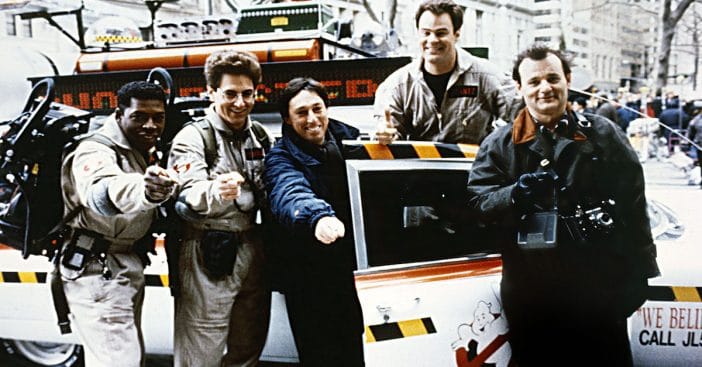 Canadian-American film director/producer Ivan Reitman, whose credits include Ghostbusters, Meatballs, Stripes and Animal House, has died at the age of 75.

He was born October 27, 1946 in Montecito, Czechoslovakia. Moving with his family to Canada when he was four years old, he got his professional start producing stage plays, including the Broadway production of The Magic Show. Making the shift to movies, he produced the horror films Shivers (1975) and Rabid (1977), before making the transition to comedy with National Lampoon’s mega-hit Animal House (1978). The following year he made his directorial debut on Meatballs, which marked his first collaboration with former Saturday Night Live cast member Bill Murray.

“Our family is grieving the unexpected loss of a husband, father and grandfather who taught us to always seek the magic in life,” children Jason Reitman, Catherine Reitman and Caroline Reitman said in a joint statement. “We take comfort that his work as a filmmaker brought laughter and happiness to countless others around the world. While we mourn privately, we hope those who knew him through his films will remember him always.”

Tom Rothman, chairman and CEO of Sony Pictures Motion Picture Group, which was home base for many of Reitman’s films, including Ghostbusters, issued a statement of his own: “Tonight, the lady with the torch weeps, as do all of us at Columbia, and film lovers around the world. Ivan Reitman was an inseparable part of this studio’s legacy, but more than that he was a friend. A great talent and an even finer man; he will be dearly missed. We send his family all our condolences.”

Previous article: Alan Napier From ‘Batman’ Influenced Another Comic Book Character Before His Death At 85
Next Post: 1970s Actress Jane Birkin Opens Up On Why She Retired From Acting