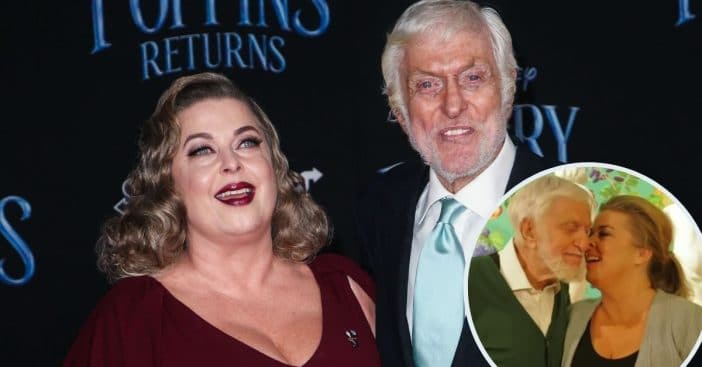 Dick Van Dyke is still out there dancing and singing! He appeared in a music video alongside his wife, Arlene Silver for her band Arlene & The Vantastix. The group covered the Doris Day song “Everybody Loves a Lover” for Valentine’s Day and the music video is adorable! The video came out just around the same time that Dick and Arlene will celebrate their 10th wedding anniversary.

The couple met back in 2006 at the SAG Awards. Arlene was a makeup artist and she caught Dick’s eye! Despite their 46 year age difference, their friendship grew into a romantic connection and they eventually wed.

Arlene shared, “I didn’t really realize how powerful the relationship was becoming. I would come over but I didn’t want to bother him I guess. He gets so many people around him I didn’t want to be intrusive, so I would just say I’ll come over after work and we’ll have dinner, and it turns out he was looking forward to it the whole day.”

RELATED: Inside Marriage Between Dick Van Dyke And His ‘Young Bride’ Arlene

She added, “I haven’t been married before so it’s wonderful. He’s the perfect human being but he’s also the perfect partner. I went through a lot of frogs to get my prince.”

Click for next Article
Previous article: Malcolm-Jamal Warner From ‘The Cosby Show’ Is 51 And A Grammy Winner
Next Post: Roseanne Barr Shares Adorable Photo Of Her ‘Mini-Me’ Granddaughter