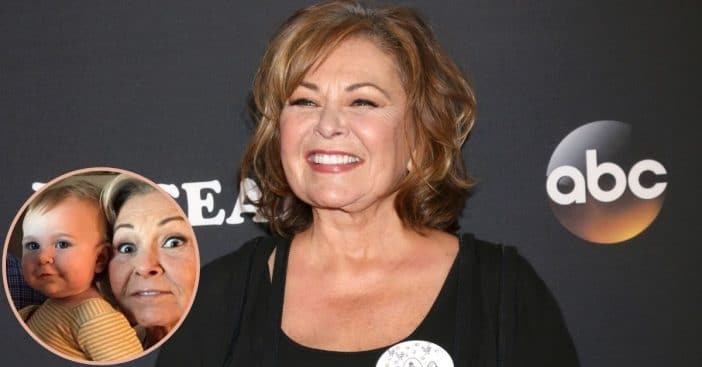 Roseanne Barr just shared an adorable photo of her mini-me granddaughter, showing the two posing beside one another for the camera. Barr simply captioned the post, “Mini Me.” It’s no secret that Barr is an incredibly proud grandma, as she often shares photos of her family, specifically her granddaughter.

She recently shared another adorable photo of her and her granddaughter standing next to a painting of a monkey wearing a big bow and flowers on its head, earning laughs from the little one.

It’s no surprise that Barr is so great at making her grandchild laugh and smile as that was her main role back on Roseanne. Following a middle-class family, Roseanne highlighted the reality of living in middle America. Along with John Goodman who played the role of Dan Conner, Roseanne’s husband, he actually let some secrets out about working on set with the cast.

RELATED: Roseanne Barr’s Daughter Jenny Opens Up About PTSD From Being ‘Locked Up’ As A Teen

The cast apparently had only one, true objective when it came down to filming hilarious scenes together. “We’d make each other laugh,” he admits. “My main objective was to try to get Roseanne to wet her pants… Which she did if she laughed very hard, so we’d all kind of team in on that.”

Right now, Goodman continues to portray Dan Conner on the show The Conners. Barr was killed off from the show following her controversial tweets about former Obama aide Valerie Jarrett. Since the situation, Barr has since apologized, saying, “It cost me everything,” Barr said. “I wish I worded it better.”

If she could also speak to Jarrett directly and apologize, she would say, “I’m sorry that you feel harm and hurt, I never meant that. I never meant to hurt anybody.”