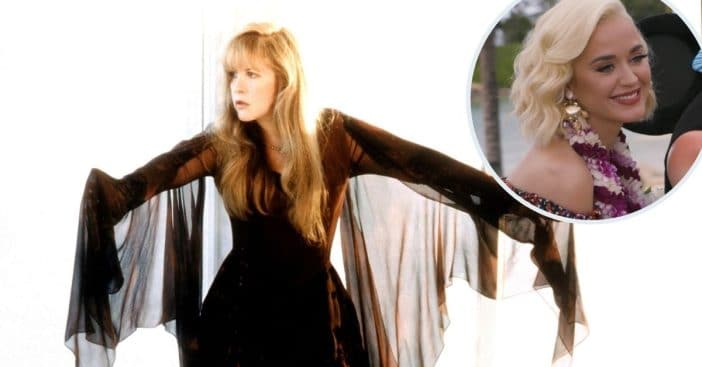 Stevie Nicks gave some advice to fellow singer Katy Perry about rivalries in the music industry. Stevie revealed that Katy asked her who her rivals are. Katy has a famous rivalry with Taylor Swift. While they have generally squashed any bad blood between them, fans still like to choose sides.

Stevie gave her some relatable advice. She responded, “And I said, ‘I don’t have rivals.’ And her big blue eyes got bigger and bluer. And I said, ‘No, Katy, I don’t, and neither do you. You are Katy Perry, you’re who you are, you do what you do and you’re great at it. I’m Stevie Nicks, I do what I do and I’m great at it. We don’t have rivals. That’s just ridiculous.’”

Many artists open up about their time in the music industry when producers try to change them to be like another artist. This can create some friendly competition or become a damaging rivalry. Stevie’s advice makes a lot of sense.

What do you think? Can you think of any famous rivalries?